Kristen Doute is an American actress and television star best known for her appearance in Vanderpump Rules. She appeared on the Bravo hit series from its season 1 to season 3. She was previously in a relationship with her Vanderpump Rules co-star Tom Sandoval. She recently revealed that her another co-star Jax Taylor has blocked her Twitter and Instagram.

Kristen Doute was born on February 19, 1983, Dearborn, Michigan, the United States of America. She has not given any details about her father and mother.

She has also not disclosed if she has a sibling or the Vanderpump Rules star is the only child of her parents. Doute is of American nationality and belongs to white ethnicity.

Talking about the educational background of Doute, she has studied at  Edsel Ford High School from where she completed her graduation in 2001.

Kristen Doute made her acting debut by playing a role in a short movie, The Loneliness of the Long Distance Dreamer in 2010. She then appeared in Behind Your Eyes and 23 Minutes.

Later in 2013, Doute started working as a waitress at Lisa Vanderpump's restaurant SUR. She then appeared on the season 1 of Vanderpump Rules. She played the role of a server at the restaurant SUR on the Bravo hit series.

She appeared on first three seasons of the show and at the end of season 3 in 2014, Lisa and her business partners fired her.

In the same year, Doute appeared in the film Blood on Canvas alongside Stephen White. The film was directed by Gerard Pizarro and it received an Uptown Film Festival Best Feature Award.

She has also appeared as a background actor in two films Yes Man and He's Not Just That Into You. Doute has more than 720 thousand followers on her official Instagram account.

Being a successful actress and TV star, Kristen Doute certainly earns a good amount of money. According to the Cheat Sheet website, Doute has an estimated net worth of $250 thousand.

The starting salary of a cast member on Vanderpump Rules is $10,000 per episode. It's unknown how much Doute was getting paid while working on the Bravo show.

However, according to TMZ, her co-star and ex-boyfriend Tom Sandoval made more than $38,000 from the first two seasons of the show.

Moreover, Jax Taylor earns $25,000 per episode of the show which makes him the highest-paid cast member of Vanderpump Rules.

As we mentioned earlier, Kristen Doute was previously in a relationship with her Vanderpump Rules co-star tom Sandoval. The former couple met of the Bravo show, fell in love and started dating. 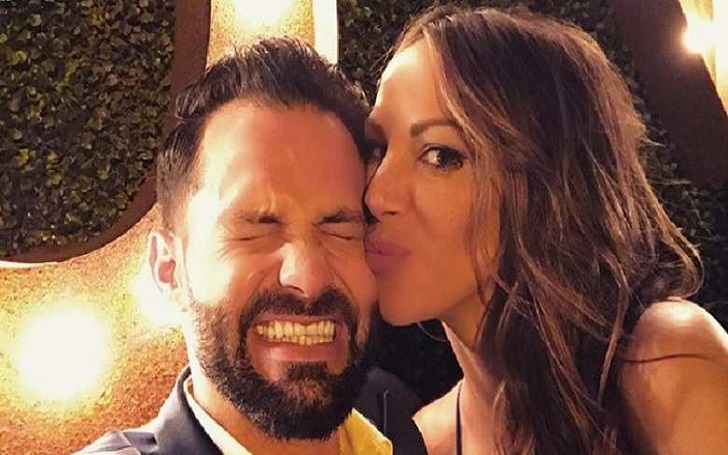 However, their relationship didn't last long and the boyfriend-girlfriend duo called it quits. Following her split with Tom, Doute started an affair with a photographer Brian Carter.

I know @enews has been saying that Jax unfollowed some of us because of something regarding his wedding. Let me clear the air:
Jax did not unfollow me, Jax blocked me.
Why? NO CLUE. But I promise you it has nothing to do with beautiful Britt or their wedding.

The reason why he blocked her has not been disclosed yet.