Are Melissa Francis and Wray T Thorn happy in their marriage? Are there any divorce rumors? 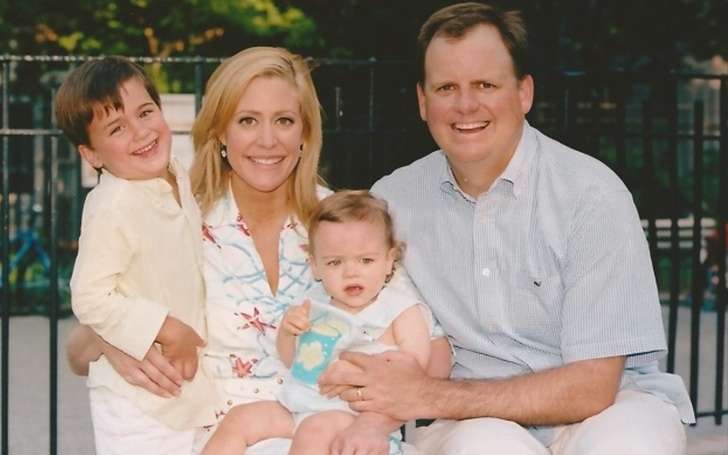 Melissa Francis is a popular American television journalist and actress. She currently works at Fox Business and Fox News Channel. Melissa married Tim Wray Thorn in 1997 and the couple has three children till now.

She recently shared a picture of her youngest son's 7 birthday via Instagram on April 25, 2017. Even though her personal life isn’t all over the media, theirs seems to be a quite happy marriage. We have some exclusive details for you!

Fox journalist Melissa Francis’ personal and professional life both seems happy and successful. Her mother posts happy pictures of the family on social media which does show how together they are as a family.

Image: Melissa Francis with her husband and kids

Before becoming a mother of three, Melissa Francis was an actress. She continued her career for a few years after marriage, however, the former actress and current bestselling author, as well as a journalist, seem more than happy with her motherhood.

Melissa Francis published her first book titled ‘Diary of Stage Mother’s daughter: A Memoir’ in November 2012. The book contained the trials, tribulations, and joy of having an overbearing mother.

After five years she published her new book titled 'Lessons from the Prairie'. The book reflects her childhood experiences from the show as applied to her adult life.

Melissa Francis and Mr. Thorn got married in 1997 and the marriage is still going strong after all these years.  The couple is now parents to three children and has a happy life together as a family.

The couple has two sons and one daughter; the elder sons named Thompson Thor the and the younger son named Grayson Alexander Thompson.

And their third child, a daughter is named Gemma was born with the help of a surrogate family.

In an interview with Fox Business Insider, she confessed saying:

I have a rare, blood defect called Factor V Liden. The genetic mutation caused high-risk pregnancies with both my sons and after my doctor told me having more children was way too dangerous, we had our daughter Gemma with the shockingly generous help of a surrogate family

Melissa’s husband Mr. Thorn, not being a public profile doesn’t have much recognition what is known about their relationship is that the couple is happy and doesn't have any divorce rumors yet. For more celebs gossips from Hollywood keep coming back to Articlebio.