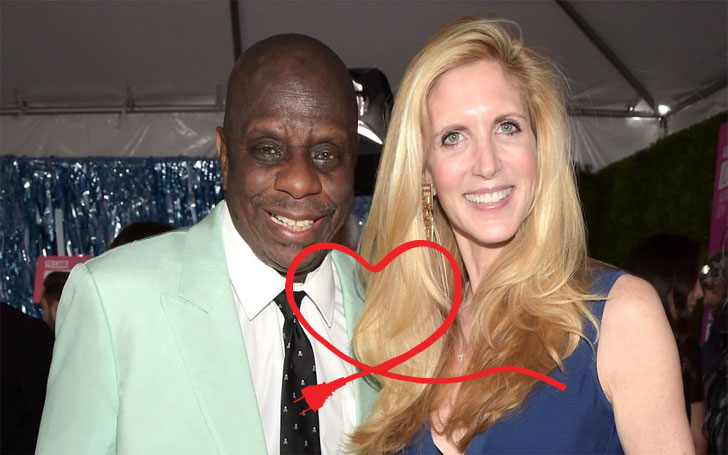 Political commentator Ann Coulter has gone through many engagements, but none of her three engagements ever turned to marriage. Coulter who is facing a lot of backlash due to her criticism about Delta Air Lines on her Twitter has quite a dating life going on.

A few months ago, Coulter hit the headlines due to dating rumors with actor Jimmie Walker. Are Ann Coulter and Jimmie Walker dating for real? Or it is just a rumor? Let's find out.

'Best of friends, love him, no romance,'

She also explained in an interview that she loves Jimmie Walker but just as a friend. Indicating the rumor, she said:

“This rumor spreads every now and then, but it’s never been true.”

The allegations of their dating started after Norman Lear who is close to Walker said in the interview with Entertainment Weekly on 3 April 2017, he said:

'I love him; he's a wonderful guy, but I'll tell you something about him that'll astound you: He dates Ann Coulter.'

94 years old Lear also added that he and his wife had a dinner together with them:

'I've sat with [them] for an entire evening,'

Back in 2013, Coulter said in an interview HuffPost Live, that Walker “spreading that rumor” of their dating but she denied their relationship. Also, she explained that they are nothing more than close friends.

In 2002, Coulter started dating Andrew Stein who is the former president of the New York City Council. Stein said about their relationship, "She's attacked a lot of my friends, but what can I say, opposites attract!"

However, their relationship ended after four years of dating on January 7, 2008. Stein announced their breakup citing irreconcilable differences.