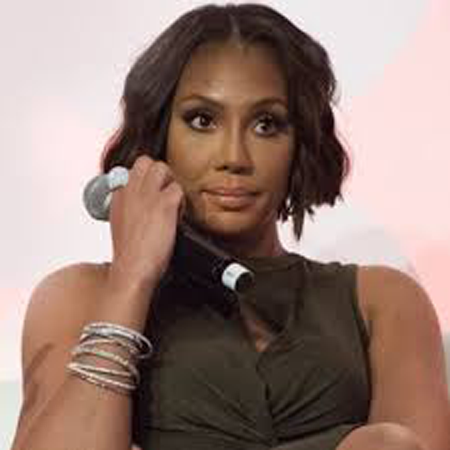 April Daniels, a popular American television personality, is well recognized for her appearance on television shows. She is one of the cast members on the Tamar and the Vince show on WE TV, also the Founder of the Rock Out With Me Campaign.

April Daniels was born in Philadelphia, Pennsylvania, United States Of America. She is the youngest daughter among her 3 siblings and also proclaimed herself as "Daddy's Girl". Her mother is a homemaker and her father is a military man. She achieved her school education from Performance High School located in her hometown of Philadelphia.

Daniels' career began after she moved to Los Angeles as she got an opportunity to work with several big celebrities some of them including Liza Lopez, multi-Grammy award winning artist Missy Elliot and NAACP Award-winning actress Tichina Arnold.
She got familiar with fame through a reality show named Tamar and Vince Show.

Currently, Daniels is the founder of a campaign called Rock Out with me which helps to empower and unite women all over the nation.
Recently, Daniels also has a partnership with Wright Productions and EBONY Magazine on a multi-city women's empowerment tour.

Daniels is married to the Grammy Award winning music executive, musical artist, songwriter and also her co-star, LaShawn Daniels. The couple has been married for 13 years. They have three sons together Quarry, Tahson, and Jett.

Daniels first met at shooting for a singer for whom LaShawn used to work.The couples claimed that it was love at first sight. They also said that they started dating as soon as they shared their numbers. The couple got married after dating for a really short time.

April Daniels earns a decent amount of salary from her acting and hair designing career and she is happily living a luxurious life with her family.