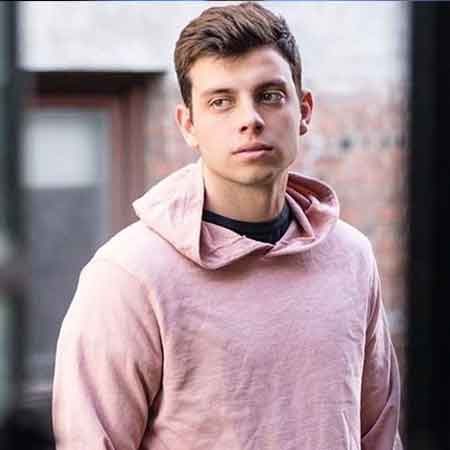 Anthony Trujillo is a well-known YouTuber and Instagram star. As of 2018, he runs a Youtube channel "Chance and Anthony" along with his friend Chance Sutton. He is also a good friend of popular social media stars Jake Paul and Logan Paul. Besides being a Youtube star, he is also a prominent member of the famous group "Team X" founded by Jake Paul.

Anthony Trujillo was born on May 4, 1996, in Ohio, United States of America. Anthony grew up in Cleveland along with his sister Ashley Trujillo.  Moreover, he was a friend of famous social media stars Logan Paul and Jake Paul in his childhood.

Anthony graduated from Westlake High School in 2015. He used to play basketball and was quite good at it. He already had a Hudl account with "Agile Sports Technologies" during his schooldays for which he received a special price.

Anthony Trujillo started his career as a Youtuber. As of now, he runs a youtube channel with collaboration with Chance Sutton which has about 15.5 k subscriber. He is also notable for being the friend of famous youtube star Jake Paul.

" DYED THE MARTINEZ TWIN’S HAIR", "CUTTING TESSA BROOKS HAIR" and "Breaking into Jake Paul's House" are some of his popular videos from "Chance and Anthony" YouTube channel. Besides Youtube channel, he is also an Instagram star.  He has about 2.2 million followers on his Instagram.

As of 2018, the Team X member is in height of his career. He frequently posts funny videos on Youtube along with other members of the group Jake Paul, Chad Tepper,  Erika Costel, Justin Roberts, and Ben Hampton.

Anthony being such famous Youtuber and Instagram star, he earns a pretty decent amount of money, in the context to his salary and net worth has not exactly been revealed. But as of 2018, according to Gazette review, his net worth is about $100,000. Fellow social media personalities and his childhood friends Logan Paul and Jake Paul also earn a huge amount of money from their YouTube Channel. Actor and internet celebrity Logan Paul has an estimated net worth $14 million as of 2018. Likewise, Jake Paul has an impressive net-worth of around 8 million.

The charismatic Youtube star Anthony Trujillo is not married until 2018 and is not dating any girlfriend. Trujillo shares many of his personal moments with his millions of fans, however, he has never shared his relationship status on his social media.

According to Anthony's social media post, he is a living a joyful single life at the present.