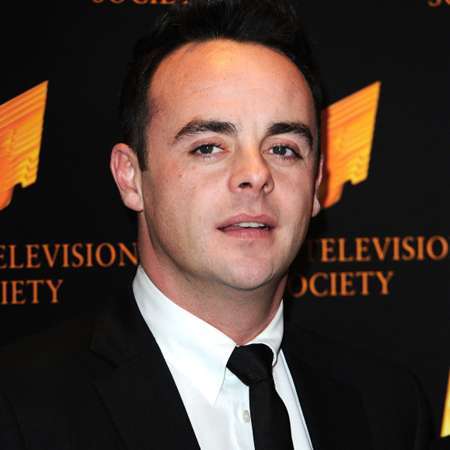 Anthony McPartlin was born on 18th November in 1975 in Newcastle upon Tyne, England. He was born to Christine and Raymond. Anthony was raised by his mother. He has a sister, Sarha and a half sister, Emma. His nationality is British. He studied at Wingrove Primary School in Fenham. The first appearance on TV, of this comedian, was on the workshop program called Why Don’t you? At the age of 13 but he came to limelight when he played PJ in the Children’s BBC series Byker Grove.

He met Declan Donelly in here for the first time as we a cast as Duncan and became best friends on set and off. As PJ & Duncan AKA, they have given many hits together starting with; Tonight I’m Free, a song performed on the show. They both left the series in 1993.

Since then, his career rose to the limelight and together they have appeared on many programs like I’m a Celebrity… Get Me Out Of Here! , PokerFace, Pop Idol, SMTV Live, Push the Button, Ant & Dec’s Saturday Night Takeaway, Friends Like These, and Britain’s Got Talent. They also acted in movies in 2002 Tribute to The Likely Lads, Love Actually in 2003 and Alien Autopsy in 2006.

In 2007, later it was revealed that two shows, Ant & Dec's Saturday Night Takeaway and Ant & Dec’s Gameshow Marathon, which he co-presented with Declan Donelly, had defrauded viewers who were participating in phone-ins which were later produced by the pair’s own production company. In April 2009, Ant & Dec got international limelight when they became the backstage commentators for Britain’s Got Talent and interviewed the contestant Susan Boyle, whose audition became the most viewed video on YouTube of the year and whose record album topped the charts in numerous countries.

On January 30, 2013, an app, Saturday Night Takeaway, also known as Studio Rush was launched. He currently resides in his house in London. His bio is on many sites including Wikipedia.

Moving on to his personal life, On July 22, 2006, he married his long-time girlfriend, Lisa Armstrong, who is a make-up artist on high-profile shows. His wife was in a 90s pop band Deuce. They first met at a pop concert at Newcastle City Hall in 1994, when she was there being a part of Deuce and he was there as a part of PJ & Duncan Aka. Although this couple has no children but they always express their desire of having them. There were rumors about them having the baby which was cleared by them.

Anthony said when interacting with media that he has the desire to have children but it’s tougher when people gets older. He said that they are trying hard to have children as they are busy in their own business life. They are one of the most recognizable and happy couples in the entertainment industry.

Donelly and Anthony are the sponsors of the charity Sunshine Fund. When their single, let’s Get Ready to Rhumble reached no.1, they donated the success of their single to the charity, ChildLine. In 2013, they opened the W4 Youth Centre and support the charity, Text Santa as well.

McPartlin has the height of 5 feet 8 inch but his weight is unknown. His estimated net worth is $62Million but now his net worth and salary must have been higher.