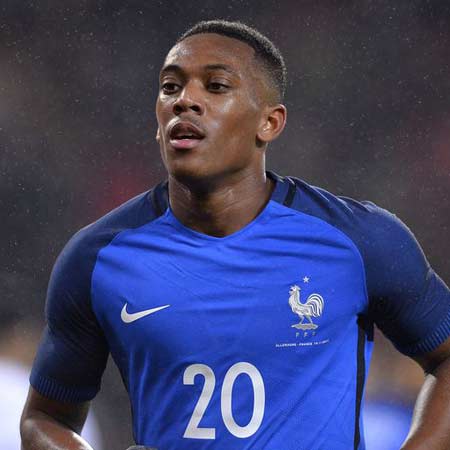 Professional French football player, Anthony Martial is a forward player of Premier League club Manchester United and the France national team. He started his football career in 2001 with Paris-based CO Les Ulis and began his professional career at Lyon. He is one of the highest paid players in the Man United history. He scored his first goal in his debut match for the club and was named Premier League Player of the Month. Till the date, he scored 59 goals out of the 224 games.

Anthony Martial was born Anthony Joran Martial on 5 December 1995 in Massy, France. He belongs to Guadeloupean descent and holds French nationality. He has an older brother, Johan Martial who is in the senior team at Les Ulis. He was raised in a Catholic family.

He associated with Paris-based CO Les Ulis at the age of 6 and considered as one of the best players of the team. Martial trialed at Manchester City when he was 12.

In 2009, he joined Olympique Lyonnais academy and during his second season in the Under-17 team, he scored 32 goals in 21 games. Then he was called up to the  France national under-17 football team for the 2012 UEFA European Under-17 Championship.

In December 2012, he made his professional debut for Lyon in a  Europa League group stage with the 2-0 victory match against Hapoel Ironi Kiryat Shmona. His first  Ligue 1 game was on 3 February 2013.

Martial made his move to Manchester United for $48.77 million in September 2015 with four years contract with an option of another year. This was the highest transfer fee paid for any teenage player. United paid $48.77 million to Martial to play in the upfront position which contains three bonus clauses worth $9.75 million each. 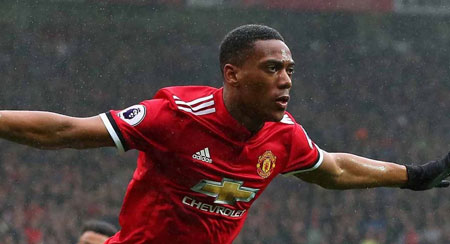 Martial made his debut for Man United at Old Trafford and scored the final goal of a 3–1 win against Liverpool. He scored twice in an away win, 3–2 at Southampton. He scored the fourth goal for the club in the third round of the League Cup. He earned  Premier League Player of the Month for September. On 19 December 2015, he received the Golden Boy as Europe's best under-21 player. He scored 36 goals out of 135 games for Manchester United.

Anthony Martial scored five goals for France for the 2012 UEFA European Under-17 Championship. In 2013 European Championship, he played all five games for France under-19. He was called up to the senior France team against the friendly match with Portugal and Serbia in August 2015 and he made his debut playing against the former.

Martial made his debut for Les Bleus in a 2–1 win against Denmark on October 11. Due to his performances in the Man United 2015-2016 season, he earned a position at France's 23-man squad for Euro 2016. He could make his world cup debut from his home country, France in 2018 in Russia.

Anthony Martial is one of the highest paid players of Manchester United. He has an estimated net worth of $85 million as of 2018. His annual salary is $11 million. He also made a fair amount of money with endorsement deals with Adidas.

Martial has a huge cars collection, he owns eight luxurious cars including Mercedes Benz, Audi, Bentley, and others whose total cost is more than $2 million. He also owns a private jet. Besides he owns a mansion in Manchester which is worth $4 million.

Anthony Martial is dating a reality TV star, Melanie De Cruz since 2016. De Cruz rose to fame after featuring in the ninth series of Secret Story. The duo is expecting their first child. De Cruz announced the news via her Instagram post on February 22 and she captioned the picture with 'It's a Boy'. 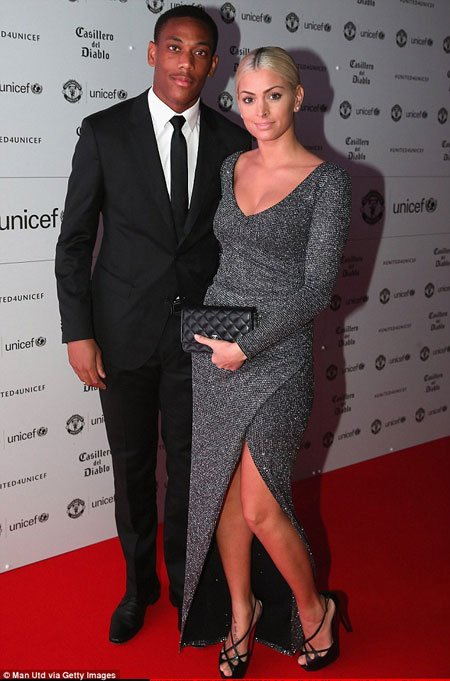 Prior to Melanie, Anthony Martial was married to model Samantha Jacqueline. The duo exchanged a vow at an intimate ceremony and shared a two-year-old daughter, Peyton Martial. However, the couple divorced in 2016. The reason behind their split was Martial's extramarital affair with current girlfriend Melanie De Cruz.