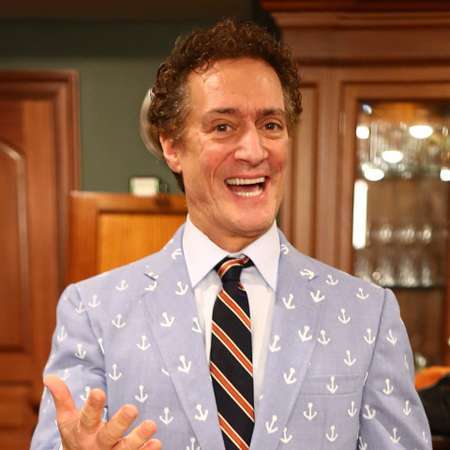 Anthony Cumia is an American radio personality best known for co-hosting the Opie and Anthony radio show from 1995 to 2014 with Gregg "Opie" Hughes and Jim Norton. He was previously married to ex-wife Jennifer Cumia from 1990 to 2002. He was arrested for domestic violence with his girlfriend Danielle Brand.

Anthony Cumia was born on April 26, 1961, in Elwood, New York, United States, to mother Rosemarie DiLeonardi. The name of his father is not available.

He spent his childhood within the Long Island, New York. As of 2020, he is currently 58 years old. He is of American nationality and belongs to white ethnicity.

Cumia is a famous American talk radio broadcaster. He is additionally known as best for his hosting the Opie and Anthony Show by the time. He has also started his video podcast. This is mostly, popularly known as The Anthony Cumia Show.

Cumia started his early career with the evening show at WBAB named Nighttime Attitude. This was on long island that was an entry for the beginning of the career. Opie and Anthony” is among the popular shows in the radio that can be listened all over the United States and Canada that was mentioned by him.  He has collected hundreds and thousands of listeners by the time due to his high popularity of the show.

Anthony is a huge fan of the National Rifle Association and highly supports it. He has also achieved the permission to carry within New York City. Heckler and Koch P2000 40 Cal is his favorite weapon within the present context. It is also mentioned that he has a large collection of pistol and guns under his custody.

Moving towards his relationship status, Anthony Cumia is currently single, as of 2020. However, he was previously married to Jennifer Cumia.

The former couple tied the knot in 1990 after dating for several months but unfortunately, he and his wife got a divorce after 12 years of their marriage in 2002.

This divorce was explicitly seen within the public and also was declared as a high profile divorce by the public. Cumis after his divorce stated that marrying Jennifer was one of the saddest stories of his life that he never wanted to continue again.

After six years of his divorce in 2008, Cumia started dating a new girlfriend Jill Nicolini but their relationship also didn't last long and they broke up.

Later in 2012, he started dating American actress Melissa Stetten but they also called it quits shortly after. Cumia is currently single.

He also had a girlfriend when he was 18 while he attended a high school reunion. He also enjoyed recording many types of comedy songs with the collaboration of his brother Joe.

Cumia has also felt within lots on the controversy by the time of his career. When there was full prank going across the show one of the mentioned information stated by him was Mayor got killed with an accident. With this unauthentic information spread all over, he was forced to go within off-air with the numerous types of occasions. Later in 2006, he returned to the show.

Anthony Cumia had a violent argument with his girlfriend Danielle Brand in his house on December 19, 2015. So, Nassau County police had arrested him on charges of assault, criminal mischief and strangulation. He was released without bail on December 21 and later in June 2016, he was pled guilty to third-degree assault.

Anthony Cumia has earned a good amount of money throughout his radio career. According to Celebrity Net Worth, Cumia has a total net worth of $6 million.