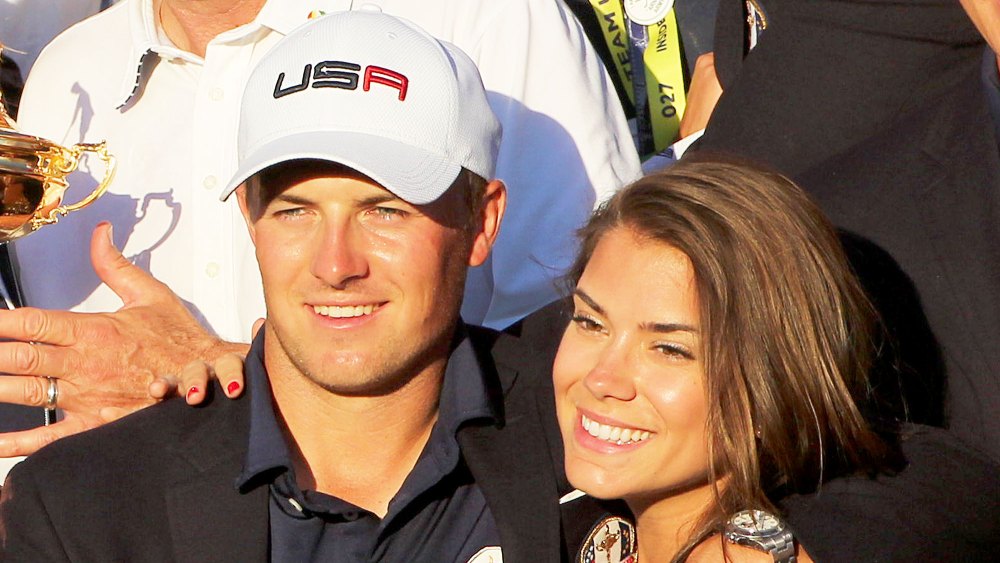 Annie Verret and her longtime boyfriend, golfer, Jordan Spieth were confirmed to be engaged after a photo of her with an engagement ring went viral on social media on Sunday, December 24.

Golfer, Jordan Spieth who is a three-time major champion was smiling in the photo with Verret who was covering her face with her hand showing her square-cut diamond ring. The couple has been together since high school but has not made any official announcement regarding their engagement.
After the picture went viral, congratulations tweets flooded all over. Spieth’s fellow golf pro-Colt Knost made no delay to congratulate the couple tweeting:

A lot of young girls hearts breaking all over the world tonight. Congrats golden child.

In July after winning the British open, Spieth said that golf will never take priority over his personal life.
On an occasion, he was quoted saying, “My faith and then my family, and then after that, you know, this is what I love to do,”

Furthermore, he added, “golf is not No. 1 in my life,” he continued. “And I’ll have a family of my own someday and that will be — golf will be fourth. So as of now, you know, my relationships I have with my best friends and my family and my girlfriend are second and golf’s third.”