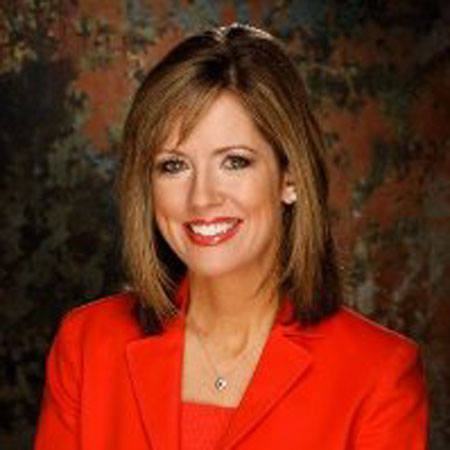 Forty-seven years old Anne State is an American television news anchor. Currently, she worked as an anchor for KGTV, the ABC station in San Diego, California. She was formerly at KOIN-TV, the CBS affiliate in Portland, Oregon from July 2014 to April 2015.

From 2008 to 2010, Anne State served as one of the two principal news anchors at WBBM-TV in Chicago. She was born on May 2, 1969, in California, United States of America. Anne holds and American nationality and her ethnicity is white.

Anne spent her childhood in southern California. After her high school degree, she attended at University of California at San Diego, where she earned her B.A. Later, she received her M.S. in broadcast journalism from the University of Illinois at Urban-Champaign.

Anne State has dual American and Irish citizenship. She spent most of her time for living and working in London, England and Sydney, Australia.

Moving to her professional career, Anne State started her journalism career as a reporter and fill-in anchor at KTKA-TV situated in Topeka, Kansas. She was the co-anchor of News at 5:00 PM, 6:00 PM and 10:00 PM.  After that, she worked as a morning anchor and general assignment reporter at KCCI-TV in Des Moines, Iowa from 1998 until 2000.

Anne State also worked as a weekend morning anchor and reporter at KMOV-TV in St. Louis, Missouri. From there she moved KNSD-TV in San Diego in 2002, where she has written and reported many important features for the 10:00 PM News. At this time, she covered numerous breaking events like the Southern California wildfires.

In 2008, State was hired by San Diego NBC-owned by Carol Fowler, previous WBBM news director, then station boss Joe Ahern as successor to lead anchor Diann Burns. In addition to reporting, State presented the 10:00 PM newscast that aired on KSWB-TV, which is a former CW station.

Anne State moved to WITI-TV Fox 6 in Milwaukee in October 2010 as a weeknight co-anchor. In July 2014, State became the nightly news anchor for KOIN in Portland OR.

Anne State is believed to be unmarried till the date. She has not revealed her personal details and dating history. She is possibly single these days.

Anne State seems to have deep love towards pets and especially dogs and cats.