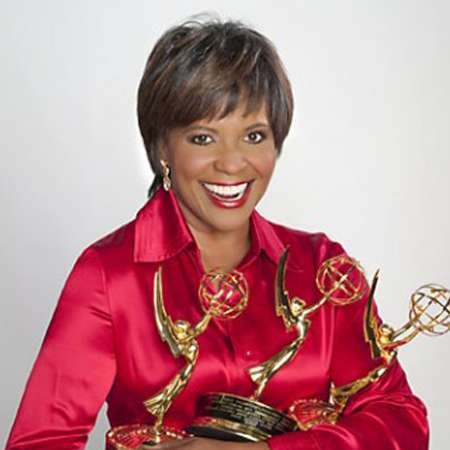 Diann Burns is an American former television news anchor. She is a nine-time Emmy Award winner. She is notable for her years as a prime-time anchor in Chicago, the second largest market. Similarly, Diann Burns has also appeared in numerous major movies such as ‘Richie Rich’, ‘Primal Fear’, and ‘The Negotiator’. Diann is the first African-American woman to anchor the prime-time news in Chicago.

Diann Burns was born on 29 September 1958 in Cleveland, Ohio. She is the daughter of a Methodist preacher. During most of her childhood, she was surrounded by extended family and often used to receive the support and generosity of her family while growing up. Her family relocated several times when she was a child. They briefly lived in Pittsburgh and then Cincinnati, before returning to Cleveland. Burns took an interest in theater and also acted during her high school. However, after pursuing a career on stage, she turned to journalism. Diann went to Columbia University’s prestigious Graduate School of Journalism and began working as a general assignment reporter at the Cleveland Plain Dealer.

From 1981 until 1983, Diann Burns worked at WPIX and in 1983, she joined NBC-affiliated WCMH television as a general assignment reporter where she later worked as a news anchor. Later, she became the weekday news anchor at American Broadcasting Company operated at WLS-TV Chicago, becoming the first African-American woman to occupy such position. While working at ABC, Diann was Chicago’s highest-paid television news professional. However, she later worked in WBBM-TV as a Weekday anchor, until leaving WBBM in 2008.

Diann Burns is one of the most talented and popular journalists of all time. During her outstanding career, she has given some extraordinary reports to her audience - sometimes even putting her life in danger. Some of her remarkable reports include her reporting from Somalia, where Diann was not embedded with US troops, but on her own with no lighting, no running water, and no Teleprompters, Similarly, reporting live just outside a mobile home rigged with enough explosives to destroy an entire neighborhood in Glenview, Cook Country, Illinois, interviewing Nelson Mandela after his release after 27 years as a political prisoner under Apartheid in South Africa, and questioning the man who was just arrested for murdering Michael Jordan’s father are also some of the highlights of her career.

Diann Burns has been also interested in acting and she has appeared in several major motion pictures, playing herself, including ‘Primal Fear’, ‘The Negotiator’, and ‘Richie Rich’. Similarly, she has also appeared in the television series ‘Boss’ in episode five, starring Kelsy Grammer, on Starz.

Diann Burns married Marc Watts, who is a former CNN correspondent, in 1995. The couple is also blessed with a son. Watts and Burns used to come under Chicago’s highest-paid media couples. However, things did not go well between them and in 2012, the couple decided to separate. Currently, she and her teenage son reside in Chicago’s Lincoln Park.

Diann Burns has also been committed to several organizations, most notably the Support Group, an organization which assists high school students with home life and school work by providing tutorial and social services, and the Northern Illinois Chapter of the Multiple Sclerosis Society. Similarly, she has also been involved in the fight against pediatric AIDS.

The net worth and salary of Diann Burns have not been disclosed, but considering her amazing career, she must have earned a considerable amount of net worth.