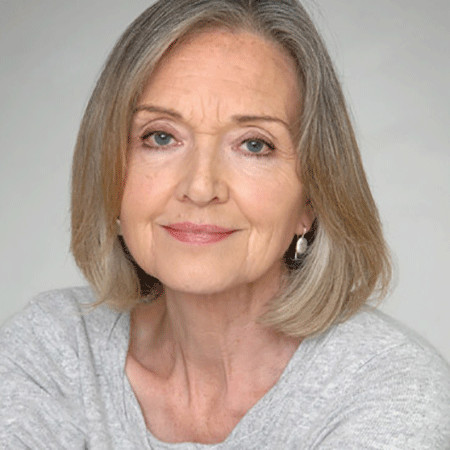 Born on October 2, 1943, Anna Ford is an English former journalist, television presenter, and newsreader. She has worked for the broadcast companies including Granada Television, ITN, and the BBC. She helped in the launch of television program TV-am. She announced her retirement from the broadcast news since 2006 and served as the non-executive director of Sainsbury till 2012. She is currently enjoying her retired life.

Anna Ford was born in Tewkesbury, Gloucestershire. Her father, John, and mother, both were West End actors but later her father ordained as an Anglican priest. The family then moved to live in the Lake District. She has four brothers.

Anna Ford attended the primary school at St. Ursula’s School then to Wigton Grammar School. She also attended White House Grammar School after her father became the parish priest at St. Martin’s Church in Brampton. She graduated from Victoria University of Manchester with a BA degree in economics and was the president of the university’s students’ union from 1966 to 1967.

Anna worked as a teacher for four years. She taught Provisional Irish Republican Army prisoner at the Her Majesty’s Prison Maze in Ulster for two years. Later she became a social studies tutor at Open University. Later in 1974, Anna Ford joined the Granada Television as a researcher. She joined in the television when she was thirty and was told too old to be a news reader. However, she became a reporter and newsreader for Granada Reports.

Anna Ford moved to BBC in 1977.But she moved to ITN only after working for few months in BBC that made her face the legal threats from BBC for breaking her contract. Ford began to present ITV’s News at One in March and later the 5:45 pm bulletin. She became the first newscaster in ITN to host News at Ten. Anna rejoined BBC in 1986 working in presentation team for both BBC One’s Six O’clock News and the BBC Radio 4 Today.

Anna Ford left the broadcasting career in 2006 and joined in the UK supermarket group Sainsbury as a non-executive director. She is the Chair of Sainsbury’s board’s corporate responsibility committee. Anna’s actual salary and net worth is not disclosed in any media by any means whatsoever but is assumed to be high.

Anna Ford has been married twice. She was initially married to Alan Bittles and later got divorced. Anna was briefly engaged to her colleague at ITN, Jon Snow. She was the girlfriend of Mark Boxer, a magazine editor, and cartoonist. After dating for a while, they got married and has two children together, two daughters named Claire and Kate. Mark died of brain tumor in 1988. She was briefly engaged to former astronaut David Scott in 2000. She then went discrete in disclosing her personal matters. Her current relationship status is unknown.

Anna Ford, despite being in her early seventies, is still known as “Angry Anna” for the incident where she threw wine over to Jonathan Aitken for his involvement in sacking her from ITN.She faced the accusation of being biased on the Today program on the discussion of the treatment of men during divorce. She was highly publicized after her photographs in a bikini with David Scott were published in the British media in 2000.

Anna Ford filed a lawsuit against press photographer Majorca for the reason but lost the case. She again came into publicity after she wrote a letter to The Guardian in 2010 where she accused her late husband Mark Boxer’s friend and her daughter Claire’s godfather, Martin Amis, to have neglected his duties as godfather and been disrespectful to Boxer at the time of his death.