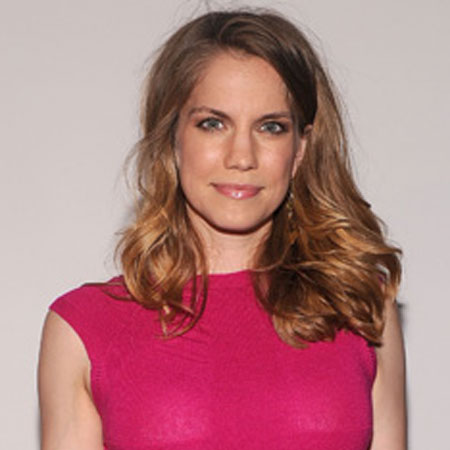 Anna Clumsky is a talented actor widely known for her lead role in an American political comedy series, Veep. Her role in the TV series also earned her a Primetime Emmy Award for Outstanding Supporting Actress in a Comedy Series. She is also known for her work in My Girl and Blood Car as well.

Anna Chlumsky was born on December 3, 1980, in Chicago, Illinois. She is American by nationality and belongs to Czech and Croatian ethnicity.

Chlumsky is a daughter of Nancy Clumsky (her mother) and Frank Clumsky (her father). Her parents are connected to the art field, which might have inspired her to engage in the acting career.

Chlumsky grew up in a Roman Catholic family. She attended Walther Lutheran High School and graduated from the high school in June 1998.

Anna Chlumsky made her debut in the acting career as a child, playing the lead role of Vada Sultenfuss, an 11-year-old girl in the movie named My Girl in 1991.

She played a lead role in several movies such as Trading Mom with Sissy Spacek in 1994, My Girl 2 in 1994, and Gold Diggers: The Secret of Bear Mountain in 1995. She has also appeared in various television series and movies in the mid to late 1990s.

In 1999, Clumsky took a pause to her acting career and continued her study. She attended the University of Chicago and graduated with a degree of BA in International Studies in June 2002.

The 5 ft 2 inches Anna Chlumsky started working as a fact-checker for the Zagat Survey and served as an editorial a s sistant for a HarperCollins science fiction-fantasy imprint. However, she found this work somehow uninteresting and decided to return to the acting career.

She joined the Atlantic Acting School in Manhattan for the formal training. She appeared as Liz Lemler in The Fighting Fish, the 17th episode of an American satirical television sitcom, 30 Rock in 2006.

Anna has been active in this field for a long time. She has appeared in various movies and television series, which resulted in great success in her career.

Anna currently plays a lead role in an American political satire comedy series, Veep, which was premiered on HBO on April 22, 2012. She appeared in the series alongside Matt Walsh, Timothy Simons, and etc.

In 2017, Anna played the role in a TV series Halt and Catch Fire.

According to celebrity net worth, Anna Chlumsky has an estimated net worth of $3 million, in 2019. The actress has racked up such an impressive amount of net worth from her decade long acting career.

Anna has played numerous roles in many hit movies and TV shows.

She Married Shaun So And Blessed With Two Children

Anna Chlumsky, age 38, is married and has two children too. She married her longtime boyfriend, Shaun So, an Army Reserve member from the U.S on March 8, 2008. The couple organized their wedding ceremony in a private wedding ceremony held in Brooklyn, New York.

Chlumsky and her husband So engaged in October 2007 and tied the knot after a few months of engagement. The couple is blessed with two daughters. She gave birth to her first child, a daughter named Penelope Joan So on July 11, 2013. This happily married couple welcomed their second child, a daughter named Clara Elizabeth Son in August 2016.

Anna currently resides in New York with her husband and kids. There is no sign of divorce, as the couple has been together for a long time and has great bonding and mutual understanding with each other.