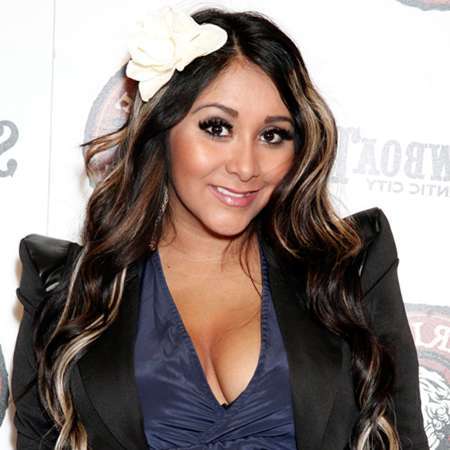 Nicole Polizzi is a Chilean-American reality TV star popularly known a ‘Snooki’. She was born on November 23, 1987. She has also appeared on popular talk shows including The View, The Ellen DeGeneres Show, Jimmy Kimmel Live!, Late Show with David Letterman, and The Wendy Williams Show as well as on WWE Raw in 2011 as the guest hostess. In the same year, she competed at WrestleMania XXVII.

Nicole Polizzi' career in the Reality TV show started with the introduction to MTV’s ‘Is She Really Going Out with Him?’, where she and her boyfriend Justin appeared. After being scouted by Josh Allouche, she became a part of the reality series Jersey Shore, which significantly boosted her career. The New York Times even identified her as "the breakout member of the cast".

Nicole Polizzi', while shooting in Seaside Heights, was punched in the face by New York City school gym teacher Brad Ferro. The video was blacked out in the show but went viral on YouTube and the media. After the event, Polizzi's appearance fees increased from $2,000 per event to $10,000 per event. In 2012, she and her co-star Jennifer Farley appeared as the main cast in a spin-off show ‘Snooki and Jwoww’. The first season followed Nicole and Jennifer moving into the same house. The second season relocated to the stars' actual permanent residences.

Nicole Polizzi is also a dancer. She participated in the 17th season of Dancing with the Stars partnered with Sasha Farber. They ended up in the 8th place after being eliminated on October 28, 2013. She has also made an appearance on WWE Monday Night Raw and participated in a six-person Mixed Tag Team match at WrestleMania XXVII. She and her partners Trish Stratus and John Morrison won the match.

Nicole Polizzi has appeared in dozens of other TV shows including CMT Music Awards, MTV Music Video Awards, TLC’s Cake Boss, The View, The Ellen DeGeneres Show, Jimmy Kimmel Live! and the Late Show with David Letterman. She has also been parodied on the South Park episode ‘It’s a Jersey Thing’. She wrote a book ‘A Shore Thing’ which was released in January 2011. The book was,however, a failure.

Polizzi was born in Santiago, Chile. At the age of six, she was adopted and raised by Italian-American parents. Her father Andy Polizzi is a volunteer firefighter and auto-salvage supervisor and her mother Helen Polizzi is an office manager. As a teenager, friends gave her the nickname "Snooki," which was inspired by a male character in Julia Stiles’ 2001 movie, Save the Last Dance.

Nicole Polizzi came to the United States as a baby and attended Marlboro High School in Marlboro, New York. She was a cheerleader at that time. At one point, she developed eating disorder, even weighing 80 lbs. After graduation, she attended community college. She had studied to become a veterinary technician.

In August 2012, Polizzi gave birth to her first child, Lorenzo Dominic LaValle with her boyfriend Jionni LaValle. She claimed to have lost 42 pounds post pregnancy. On September 26, 2014, the couple had their second child, Giovanna Marie LaValle. On November 29, 2014, the couple got married.  She and her husband currently reside in Florham Park, New Jersey. She claimed that having children changed her life and made her much more mature.

Nicole Polizzi's ethnicity is a mixed bag of various ethnicities around the world including Romani, Slovak, and Russian. She matched as having common ancestry with South Asians, Iberian Americans, East Asians as well as distant Jewish and Middle Eastern Ancestry.