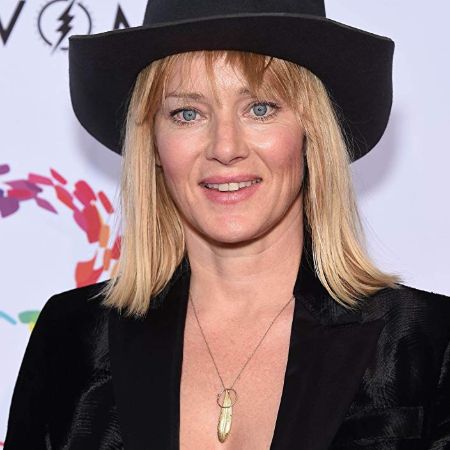 Angela Featherstone is a Canadian model, actress, and writer, best known for her roles as Chole in the popular television sitcom Friends and Maggie on Showtime’s crime drama series Ray Donovan. Besides her acting, Featherstone is also known for her involvement in the human and children rights movements. She is known for her advocacy against child abuse and human trafficking.

Angela Featherstone was born Angela Eileen Featherstone on April 3, 1965, in Hamilton, Ontario, Canada. Not much is known about her parents except they moved around a lot during her childhood.

Her family moved to Manitoba from Nova Scotia in 1974, where they lived in the Winnipeg River and Thompson before settling in Winnipeg.  She received her education from Grant Park High School.

Angela Featherstone Is An Accomplished Actress, Writer, and Activist

Angela started her career as a fashion model. By the end of her teen years, she was one of the premier fashion models in Canada. Featherstone made her TV debut in an episode of The Kids in the Hall in 1991. Her work in the 1995 crime-thriller Family of Cops earned her a nomination for Gemini Award.

She gained worldwide popularity through her role as Chloe in the third season of the popular American sitcom Friends starring Jennifer Aniston, Matt LeBlanc, Courtney Cox, Lisa Kudrow, and David Schwimmer. She also appeared in an episode of another popular sitcom Seinfeld.

Angela made her debut on the silver screen in 1988 from Frantic, however, his work in the film was uncredited. In 1998, she worked with Adam Sandler in rom-com The Wedding Singer. In the film, she starred as Linda. Featherstone's most recent works include the role of Maggie on the crime drama series Ray Donovan as well as Jame on HBO’s Girls. 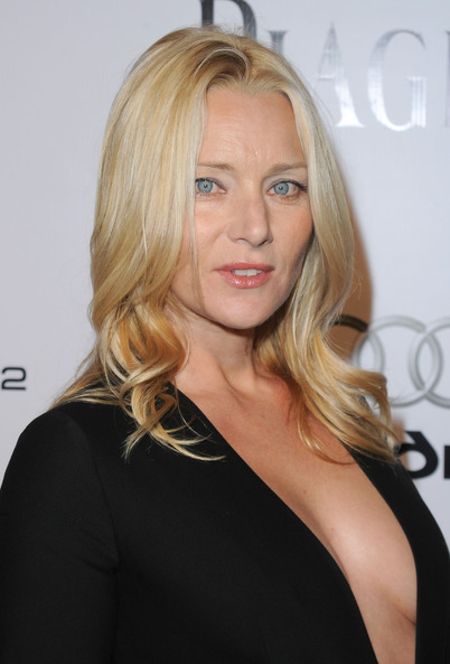 Apart from being a versatile actor, Angela is also an accomplished writer. She is credited with writing sitcoms for Sony, DreamWorks, and NBC. Her non-fiction works have also been published in Time, Flare, The Huffington Post, Jane, and more. Her acclaimed essay ‘God Said No’ was nominated for the Pushcart Prize.

In 2011, Angela curated an exhibition titled "F**k Pretty" at the Robert Berman Gallery featuring the works from emerging female photographers. From 2012 to 2018, Angela curated the Children's Action Network 'Heart Gallery' to showcase the children in foster care, hoping some families would adopt them. She has also advocated for child abuse, human trafficking, and children on foster care.

Back in 2015, Featherstone became an Adjunct lecturer at the UCLA Professional Producing Program.

Angela Featherstone has worked in a number of television series and films in her decades-long acting career. Having worked in over a dozen movies and TV projects, Featherstone has undoubtedly amassed millions of dollars as her net worth, however, her exact wealth is not revealed.

Meanwhile, some online sources have estimated Featherstone's net worth to be somewhere between $1 million and $5 million. While her primary income source is her acting career in movies and television, her diverse interests in writing, curating, and song-writing have also bolstered her income.

Angela Featherstone is currently 54 years old as of 2019. She has given more than two decades of her life in the entertainment industry, however, her fans rarely know about her. She has mostly kept her personal life, including her relationship stuff under the media radar. Moreover, Featherstone is not active on social media like Facebook and Instagram due to which, her personal life is entirely out of her fans and media.