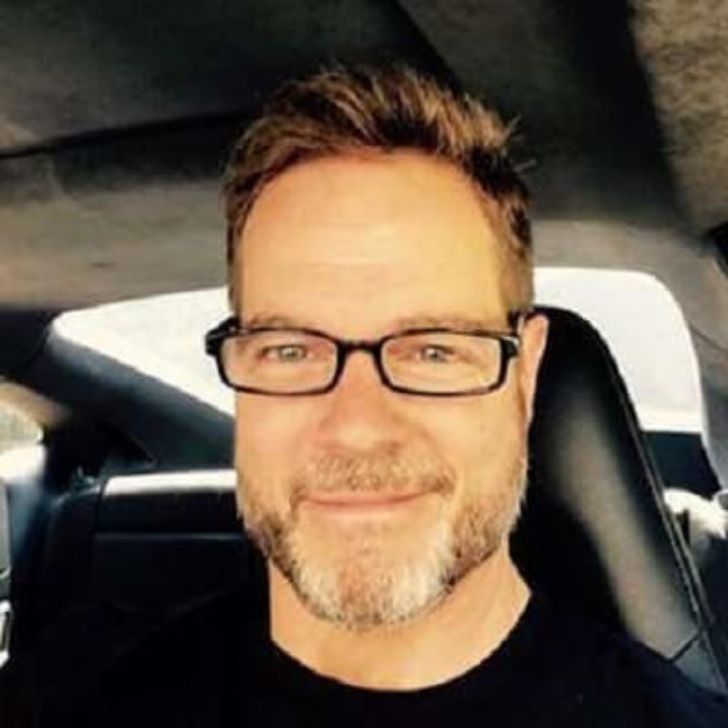 Andy Mauer, a former Chiropractor based in California is openly gay & is widely popular as the longtime boyfriend of TV producer & former lawyer Harvey Levin, famous as one of the co-founders of news website TMZ. Ever since leaving Mauer Chiropractic Inc. in 2011, Andy has worked for TMZ & currently serves as its Director Talent Acquisition.

They were dating for decades before Levin came out about his sexuality in 2010 and later confirmed his relationship with Mauer.

Born in 1965 in California, the United States, Andy Mauer is an American by nationality. Not much information on his family background including his parents or siblings is out. After attending high school in his hometown, Andy enrolled at the University of California and graduated with a degree in Communications Studies in 1987.

As of 2022, Mauer is 57 years old. He has a pretty impressive height; he stands taller than his celebrity boyfriend Havey Levin who stands 5 feet 7 inches (170 cm).

Professional Career- What Is He Doing Now?

Before Andy grabbed media attention, he worked as a chiropractor in Southern California. In December 1994, he launched started his own office Mauer Chiropractic Inc. based in Beverly Hills, California. There Mauer served as its CEO & specialized in neck and low back pain, headaches, and stress reduction as well as disc injuries.

After more than 16 years as a chiropractor, Andy Mauer left & began to work in TMZ, founded by his boyfriend Harvey Levin. From May 2011 to January 2013, he served as a producer for TMZ Celebrity Tour and then served as its Head of Customer Products (2013 to late 2016). Since November 2016, he is a Director of Talent Acquisition in TMZ.

Relationship With Harvey Levin- When & How They Met & Started Dating?

Reportedly, Andy met Harvey when the latter made an appointment at the former’s center for chiropractic therapy. Though, at that time, Levin was yet to come out gay publicly. Although they immediately developed feelings & attraction to each other, it was until the second half of the 90s, the duo began dating.

In April 2010, Harvey Levin, as an event speaker for the National Lesbian and Gay Journalists Association, self-identified as gay & confirmed that he has been in a long-time relationship but didn't disclose the name of his lover then.

In 2013, a blog called Exposarazzi published photos of Andy Mauer and Harvey Levin, later followed by confirmation of their dating life. Reportedly, before Levin found out about his sexuality, he even dated many girlfriends in the past but didn't disclose further details. On the other, Mauer does not have any records of dating stories or failed relationships.

How Much Is Andy Mauer's Net Worth?

With a diverse career in chiropractic and as Talent Acquisition director at news website TMZ, Andy Mauer indeed grabbed him a handsome sum of money. Online sources estimate that Mauer has a $1 million net worth in 2021.

From 1994 to 2011, Andy worked as a chiropractor at his own company Mauer Chiropractic Inc. that allegedly summed him up a salary in the 6-digit figure. On average, a chiropractor based in the United States earns around $153,047 per year.

The average payroll for a TMZ employee is $90,000, while the likes of Andy who serves as the director of a specific department can sum up to $120,000 annually.

Comparatively, Mauer's boyfriend Harvey Levin is much richer- owns a hefty million dollars fortune. According to Celebrity Net Worth, Levin has a $20 million net worth in 2021 and earns a salary of $5 million per year.

He along with Jim Paratore is widely popular as the co-founder of the news website TMZ, where he currently serves as an executive producer. Though Levin does not own TMZ, rather it was a joint launch of AOL and Telepictures Productions in 2005.

With his production company Harvey Levin Productions, Harvey produced many media projects. Moreover, he is the author of the book "The People’s Court: How to Tell It to the Judge".