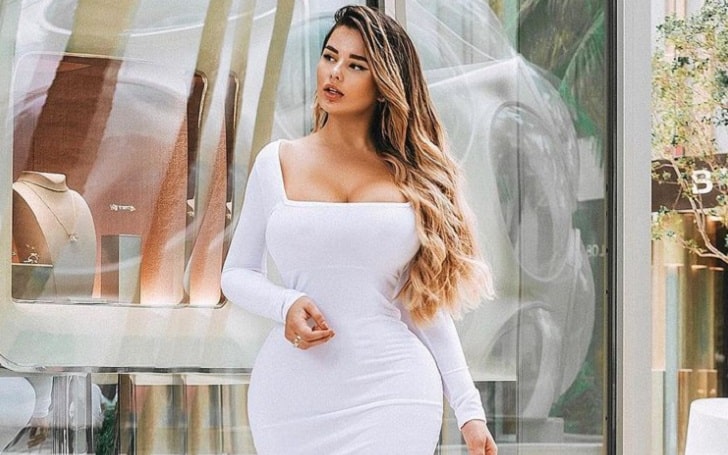 Anastasia Kvitko is a Russian glamour model and entrepreneur who left her country and moved to the United States to pursue a modeling career. Since 2014, Kvitko has been active in the entertainment field and has advertised online for various swimsuits companies. The self-made star has acc u mulated enormous money from her professional work as a model.

Anastasiya Kvitko was born in Kaliningrad, Russia, on November 25, 1994. As of early 2022, she is 27 years old. The model holds Russian nationality. In addition, she is also recognized by her nickname, Russian Kim Kardashian. She spent her early days in western Russia in the Kaliningrad Oblast.

The pa s sionate model moved to the United States in her late teen years. Initially, she came to Miami to pursue modeling. Her dad was a famous businessman in Moscow, while her mom was a primary school teacher. For her schooling, Kvitko attended a local high school. The entrepreneur stands at the height of 5 feet 9 inches.

The 27 years old model developed an interest in modeling at a very young age. With a dream to become a model, she moved to the United States. Reportedly, she was once robbed at gunpoint. So, she thought of going back to her home country. 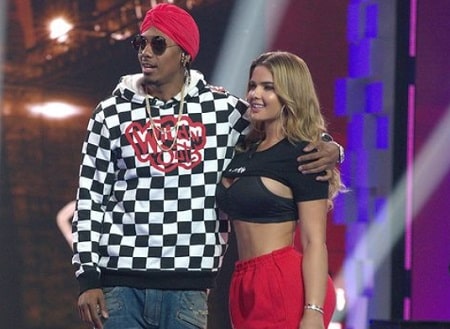 CAPTION: Anastasia Kvitko in the set of Wild 'N Out SOURCE: Instagram @anastasiya_kvitko

However, she began searching for jobs in Russian and American model companies. After being turned down by numerous modeling agencies, instead of vowing to lose her curves, Kvitko has turned them into her trademark. And in 2016, she began showcasing her incredible curves on social media. With her huge followers and figure, Kvitrko was nicknamed Russian Kim Kardashian.

Furthermore, Kvitko has already established her name in the entertainment field. Apart from that, she has also made a guest appearance in MTV’s Wild and Out. Likewise, she has appeared in several music videos, including in Pitbull and Yandel’s Ay Mi Dios.

Does Anastasia Kvitko Have A Boyfriend?

According to Tuko, the famous Russian model is in a romantic relationship with the Russian millionaire Arseny Sharov. They met each other for the first time in Los Angeles. Furthermore, the couple prefers to keep their life away from the media and does not publicly talk about their lives.

Likewise, Kvitko has not made a single post about her relationship on Instagram. However, they were spotted together by paparazzi. Similarly, some report shows, Kvitko previously dated Russian rapper Timati. They were together when they lived in Moscow.

The famous social media influencer has added a ma s sive fortune to her name from her multiple works in the entertainment industry. As of 2022, her net worth is estimated at around $2 million, reported by Tuko. The primary source of her income comes as a model. Not to mention, the average salary of a model in the US is $52,363. 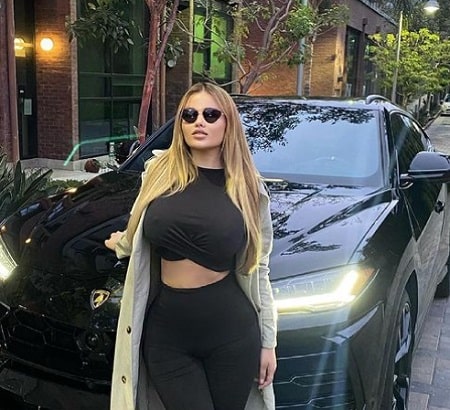 Apart from that, Kvitko must have earned a good profit from working with swimsuit companies and other sponsors. Besides, she has worked with Bang Energy. And the average Bang Energy Brand Amba s sador weekly revenue in the United States is approximately $659, which is 8% below the national average.