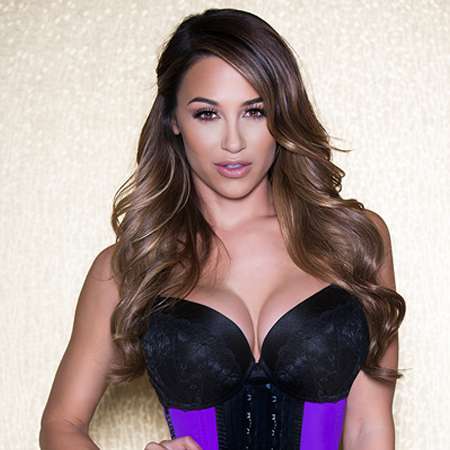 Ana Cheri is an American model who has worked with companies such as K&N Filters, Monster Energy, Ultimate Armwrestling League, and Moskova Underwear. She also became a brand ambassador for Shredz and was also featured as a Maxim Instagram Girl of the Week, one of the internet’s highest callings. Ana is also very focused on health and fitness and she has opened her own gym named Be More Athletics.

Ana Cheri is married to Ben Moreland, a personal trainer and fitness expert. The couple has no children at present.

Ana Cheri was born on 16 May 1986 in California and was raised in a family with boys in Southern California’s Huntington. She is from a Native American, Latina, and Caucasian heritage which gives her an exotic look. She has brothers.

Cheri belongs to American nationality and regarding her ethnicity, she has a mixed ethnical background.

In 2009, Ana Cheri began to be more serious about modeling and appeared in the posters and brochures for the likes of Punch Magazine and Toyo Tires.

Similarly, she also started working in cosmetic publications and as well as promotional ads for events such as FOX Racing and the Long Beach Grand Prix D1. She also worked as a video host and also appeared in a few commercials.

In 2015, Ana Cheri posed as one of the last fully nude cover girl for Playboy as Miss October 2015 and spend the end of the year 2015 embarking on a calendar tour to support her modeling career. Similarly, she was named the ‘new queen of Instagram’ by the Chive which is one of the internet’s highest callings.

Not only modeling but health and fitness were also very important in Ana Cheri’s life which is why she became the Brand Ambassador and Motivational Speaker for Shredz Supplements.

Basically, her job revolved around the healthy physique, healthy living, and empowering women through strength and positive living. After appearing in many fitness and health-related publications, like Muscle and Fitness Magazine, Cheri was able to successfully start her own gym in Orange Country’s 'Santa Ana called Be More Athletics'.

Ana Cheri's Net Worth And Earnings

Ana Cheri's net worth is $1.5 million at present. Ana earns a handsome amount of money, as a fitness expert and a successful model. She is social media stars and a model. As a professional model, her salary is around $73K in a year.

Ana Cheri married her boyfriend Ben Moreland after a few months of dating. Her husband Moreland is a personal trainer and fitness expert. He is also known as the one mind behind the online training shop ‘Be More Athletics’. Both of them are focused on their health and fitness and love to do exercise and remain healthy.

The couple is very secretive about their relationship and has never disclosed their personal information to the media. However, the couple looks very dashing and happy together.

Also Read, How Is The Relationship Between Ukrainian Model Valeria Lukyanova And Husband Dmitry Shkrabov? Do They Share Any Children?