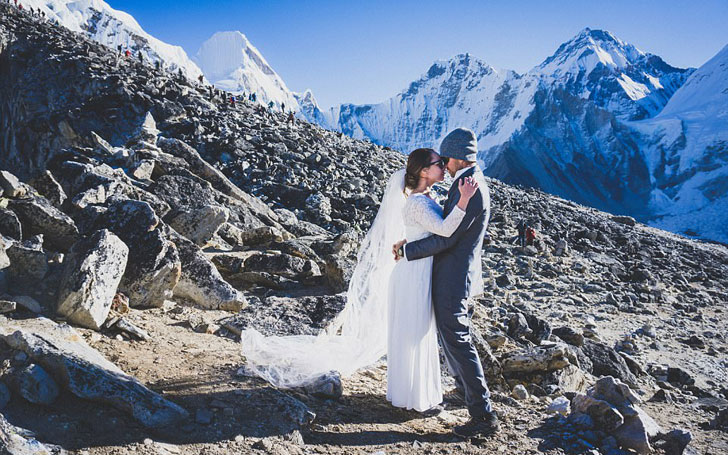 Every couple dreams their wedding day be remembered, but not everyone could do so. But one adventurous Australian couple has taken their love at a new height by tying the knot on Mount Everest.

Several couples have married at Mt. Everest, but an Australian couple, Heidi Turunen, 32, and her boyfriend Tom Rein have tried something different this time. The lovebirds exchanged their vows in full wedding attire at the breathtaking cold. 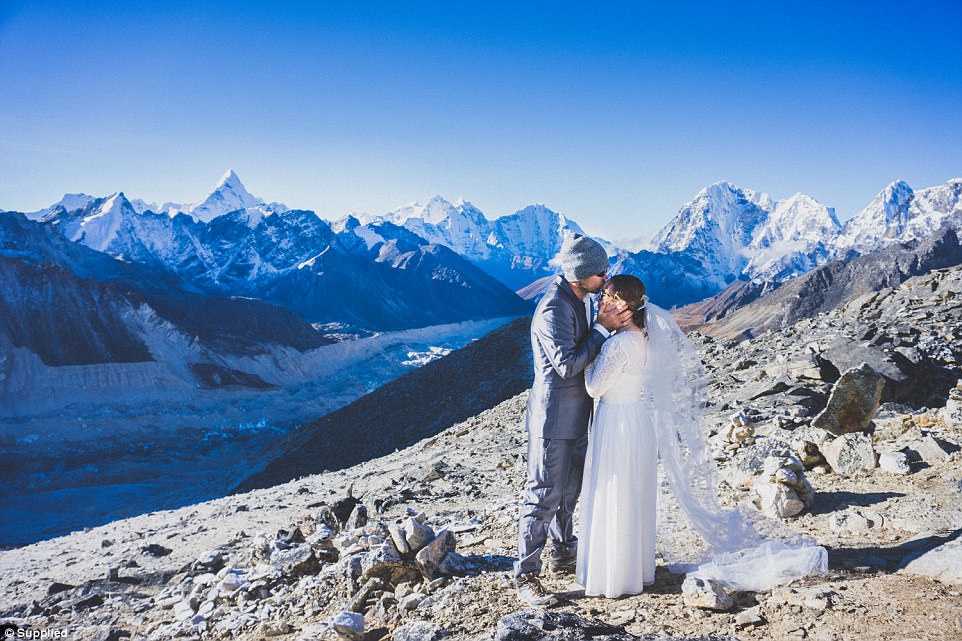 An Australian couple tied the knot on the Mount Everest\

The bride wore a white gown while the groom looked dapper in a black suit when they married standing 5380m above sea level. Speaking to the Daily Mail Australia, the newlywed pair shared their spectacular mountain wedding. The bride said,

We wanted to do the trek completely independently, so we decided to go just two of us, without any trekking group, guides or porter. We trekked nine days before reaching Everest Base Camp. We didn't have anywhere to get changed into our wedding clothes, so we just had to go behind a big icy rock.

Tom was covering me with his jacket while I got changed into my dress, I wore a skin colored long thermal underwear - shirt and pants - under my dress and hiking boots. After we exchanged our vows, we felt so ecstativ and so proud and relieved that we were able to make it.

They both were determined to say 'I do' on top of the world irrespective of the drastic weather condition. But as they reached the higher altitudes, they suffered severe altitude sickness and excruciating headaches. Tom said, 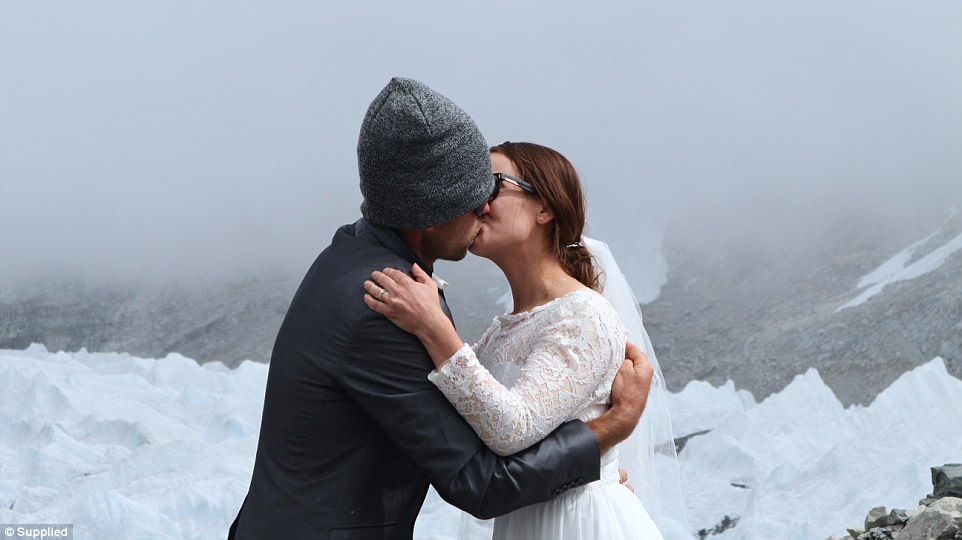 Once we reached over 5000m altitude, Heidi had really bad altitude sickness symptoms, and we were told by the locals that if she didn't get better within an hour, we must start trekking back to lower altitude.

The bride and groom shared several photos from their Everest wedding on social media where the locals and other climbers captured their happy moments, they said.