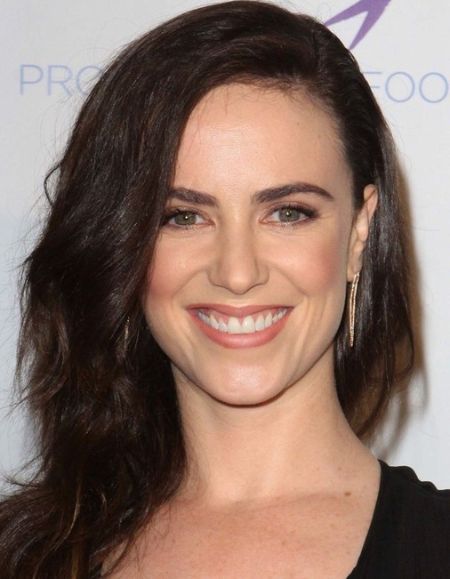 Amy Manson is a Scottish actress most known for her roles in movies like Harrigan, Estranged, T2 Trainspotting, and Doom: Annihilation, and TV series like The Bill, Nearly Famous, Doctors, Torchwood, Casualty, Being Human, Outcasts, Misfits, Once Upon a Time and Legacies.

How Old is Amy Manson? What is her Height?

Amy Manson was born in Aberdeenshire, Scotland on September 9, 1985, as one of three children into Sept Manson of Clan Gunn. At the time of this writing, she is 35 years old and is billed at a height of 5 feet 7 inches (1.7 meters). She has a sister named Ailsa Manson and a brother named James Manson.

She studied drama at Stage Coach and left for London at 17. There, she studied at the Central School of Speech and Drama. She has lived in England since then and currently resides in North London.

What Movies & TV Shows is Amy Manson Known For?

Amy Manson made her on-screen acting debut in 2006 as Martine McKenzie in the episode "A Day to Remember" of the fourth season of the ITV police procedural drama series The Bill.

She had several guest appearances in TV shows like My Family, Nearly Famous, and Doctors before having recurring appearances as Abby Evans in the BBC medical soap opera Casualty. 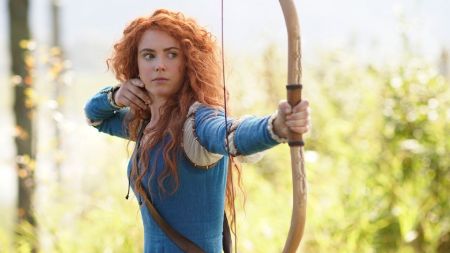 Amy Manson as Merida in Once Upon a Time SOURCE: D23

Manson has since had prominent appearances as Alice Guppy in Doctor Who spin-off Torchwood, Lizzie Siddal in BBC Two serial drama series Desperate Romantics, Daisy Hannigan-Spiteri in the BBC Three supernatural comedy series Being Human, Medea in the BBC One fantasy series Atlantis, and Merida in the ABC fantasy drama series Once Upon a Time.

On the big screens, Manson is most known for playing Vickey Frizell in 2013's Harrigan and Lt. Joan Dark in 2019's Doom: Annihilation. She has also had appearances in movies like Not Another Happy Ending, Two Down, Estranged, The Chameleon, T2 Trainspotting, and Real Beats. 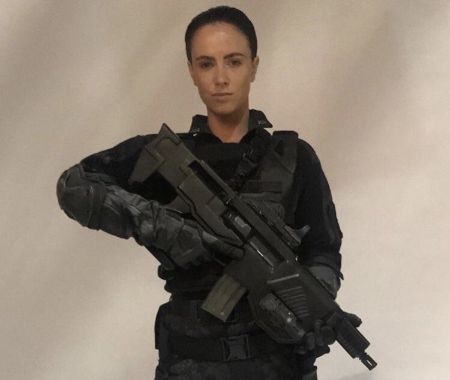 Besides her work on-screen, Manson has also performed on-stage, most notably in the play Six Characters in Search of an Author at Lyceum Theatre and Citizens Theatre in 2008. Her performance as "Stepdaughter" won her the 2008 Critics' Awards for Theatre in Scotland for Best Performance (Female).

As of the time of this writing, Amy Manson's exact net worth is yet to be determined. Unofficially, however, some online sources report that the 35-year-old actress has a net worth of around $1 million.