Famous for her excellence on thrilling stunts as well as promising acting, Amy Johnston, an American actress and stuntwoman turned professional in 2009. Johnston performed stunts on many acclaimed films such as Deadpool (2016), Suicide Squad (2016), and Captain America: The Winter Soldier.

When and Where Was Amy Johnston Born?

Johnston was born on February 5, 1990, in Van Nuys, Los Angeles, the USA, and grew up in Wyoming. She is the daughter of David Johnston, the 5-time for World Kickboxing Association professional champion. Amy is an American by nationality and is of white ethnicity.

At the age of 6, she began training martial arts under her father's guidance and is a 3rd Black Belt Martial Artist. After graduating from a local high school in Wyoming, she didn't enroll at college and rather went to pursue a career in stunts and acting.

In 2014, she got a career break as a stunt double for Blackwidow (portrayed by Scarlett Johansson) in the Marvel film Captain America: The Winter Soldier, starring Chris Evans, Samuel L. Jackson, and Sebastian Stan. 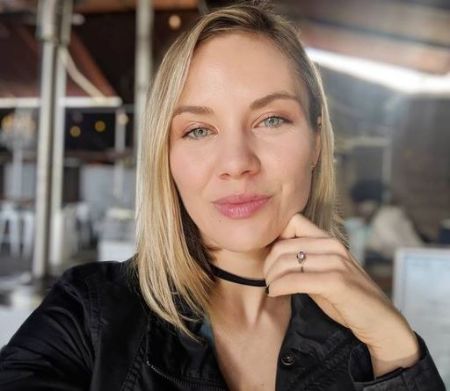 In addition to that, Amy worked as a stunt motion capture for video games like:

Alongside stunts, the Van Nuys, Los Angeles-born actress records notable acting works as well; counts 33 acting credits in 2020. Following her TV debut in 2009 through The Adventures of Señor Toro, Amy made guest appearances in Kung Fu Femmes (2010), Living Reel: The Series (2011), and Pair of Kings (2012). 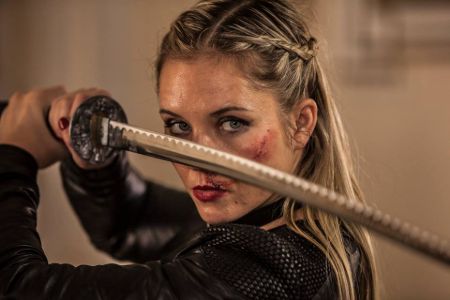 Reportedly, she would portray the title character in the TV film Paloma's Flight, set to release in 2021 and will star Joe Lando, Paul Haapaniemi, and Susie Castillo.

Did you know? Amy is a member of the Thousand Pounds Action Company.

Amy Johnston Is Dating- Who Is Her Boyfriend?

The American actress & stuntwoman is pretty open about her relationship disclosure. According to her Instagram posts,  she is currently in a relationship with boyfriend-turned-fiance Zac Morris. Even though it is still yet to be out how the duo met, they seem to be dating since 2009; Amy shared an Instagram snap on the occasion of their 10th anniversary on January 17, 2019. 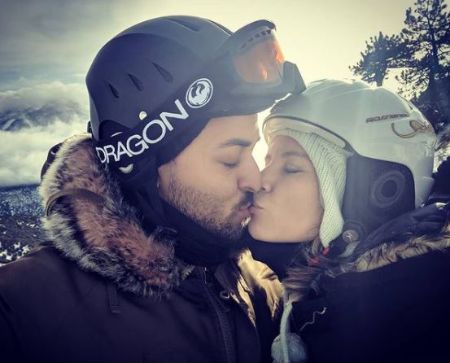 On November 10, 2017, the couple announced their engagement via an Instagram video-post, where they were dancing and shared a romantic kiss.

For now, no plans for their wedding are out. They reside in Los Angeles.

Professional for over a decade, Amy Johnston earns a considerable sum of money as a stuntwoman as well as an actress. In December 2020, Johnston's estimated net worth is $1 million. Her notable on-screen works include Lady Bloodfight (2016), Accident Man (2018), and Escape the Night (2018-19, TV series).

Over the years, she has performed stunts in the films such as Deadpool, Suicide Squad, and Captain America: The Winter Soldier. On average, a stuntwoman in the United States earns a salary of $38,596 per year, while depending on the experience and project, it can range from $16,640 to $74,880.