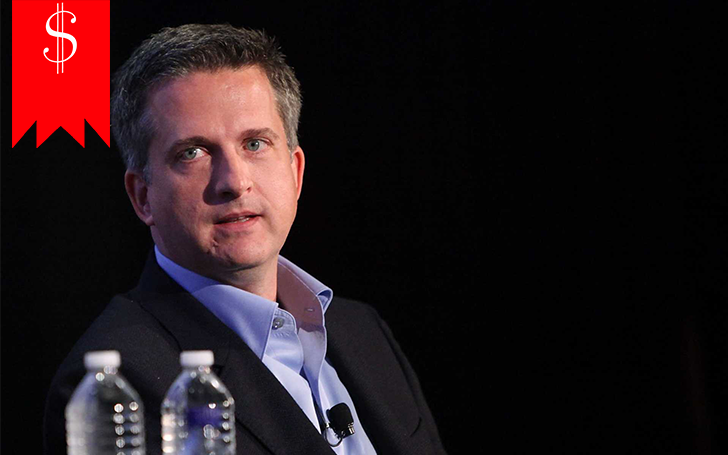 Bill Simmons is the famous name in the American Sports media. He is a former employee of World's leading Sports channel ESPN. Currently, he is working on the own website The Ringer. Do you know what is the earning of this sports journalist? If you do not know, don't worry you will find details about his career and earnings in the very gossip.

Bill Simmon's Net worth and Earning

Bill Simmons is the former columnist of ESPN media who used to bring a lot of money in his home from ESPN. According to the source very close to him, he used to receive a salary of $3 million per year from ESPN. Right now, his website and podcast are his sources of income.

Prior to joining ESPN, he tried several jobs including bartender, waiter, and newspaper reporter. However, he was not satisfied with his work and he commenced own website named 'Boston 'Sportsguy.com'. Firstly, it was only available on AOL but he, later, forwarded the site to his friends and started to getting emails from many people asking to be on his mailing list.

Bill became famous from his website and got the name 'The Boston Sports Guy'. In 2001, ESPN  offered him to write for its column and got to write for ESPN.com's page 2 which made him more popular than before. He wrote for sixteen months on page 2, which considerably increased the number of the readers. As the main columnist, he is the one of the nationwide most read Sportswriter on the internet.

New column: I wrote about LeBron, the red-hot NBA and the upcoming season for @ringer https://t.co/1QZZi2xQeT

On 2007, May 8, he started a podcast for ESPN.com called 'Eye Of the Sports Guy'  which was changed in the June of the same year as a The B.S. Report. He used to create a one-hour long podcast in a week which was frequently downloaded a lot by the subscribers.  Since 2009, he has also been a facilitator and panelist of MIT Solan Sports Analytics Conference.

ESPN did not renew Bill's contract which expired in September 2015, as per the statement by ESPN. Then he signed with HBO to host the show 'Any Giver Wednesday' which was telecasted from June to November of the current year. Now he is busy with his own site, 'The Ringer' which was released on February 17, 2016. His company is mainly working on Sports Podcast, Pop culture, Technology Today and feature articles.

Bill Simmons is near to fifties but still has a passion and energy of young age. Apart from his journalism career, he is also a best-selling writer of the book 'Now I can Die in Peace' and 'The Book of Basketball: The NBA According to the Sports Guy'.