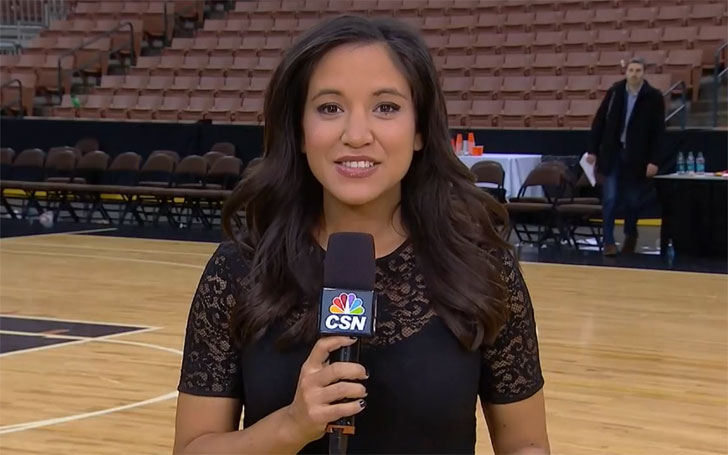 Abby Chin is one of the famous names in the field of journalism who is currently working as an anchor/reporter at Comcast Sportsnet New England since January 2013.

Apart from her busy schedule, she has beautifully managed her personal life. She is a loving wife and a mother too. Let us find out more about her private and professional life here.

Abby Chin Is Married To Mike Schmidt; Shares A Child Together

Abby Chin is a married woman, and there's no doubt that her romantic life is as perfect as her professional career.

She tied the knot to her longtime boyfriend Mike Schmidt a few years back who is currently working as a Software Engineer. As per some sources, the couple first met at ESPN in Connecticut in 2014 and soon started dating.

"My husband and I, we’ve been across the country for both of our careers. We met at ESPN in Connecticut. We’ve moved to Alabama, and the Pacific Northwest and Seattle and Oregon, and then we came here to Boston."

Her life has changed a lot since she got married, of course in a positive way. The couple welcomed their first child; a daughter named Mabel in 2015, the night before Christmas.

'It was crazy and it all happened so fast. She wasn’t due for another two weeks or so. A Christmas Eve surprise, that’s what she was.'

Mabel was, however, diagnosed with a severe coarctation in her aorta. She was admitted to Boston Children's Hospital and had open-heart surgery when she was only 13 days old.

The operation was successful, and the baby is now healthy and happy.

Abby Chin; Glimpse Of Her Career

Abby had a keen interest in the field of journalism and sports since her childhood. She grew up playing sports with her two sisters.

She initiated her career while studying at Colorado and worked as a dedicated sideline reporter for UPN 20 Denver. Furthermore, she also contributed as an intern for For Collins Coloradoan and 850 KOA. 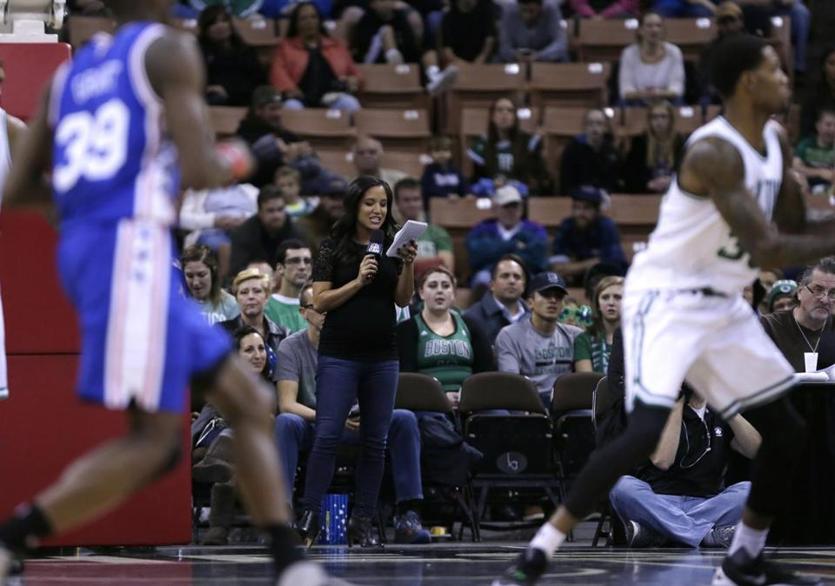 Later, she joined CSNNE in 2013 as a Chevrolet SportsNet Central anchor and reporter. She covered much important news at the initial phase of her career including the NBA's Portland Trail Blazers and PAC-12 football for the Comcast SportsNet Northwest.

Prior to heading West, she covered Alabama and Auburn's national championship at CBS42 in Birmingham, Alabama. Meanwhile, she returned to New England where she started working as a production assistant at ESPN on Monday Night Football until April 2008.