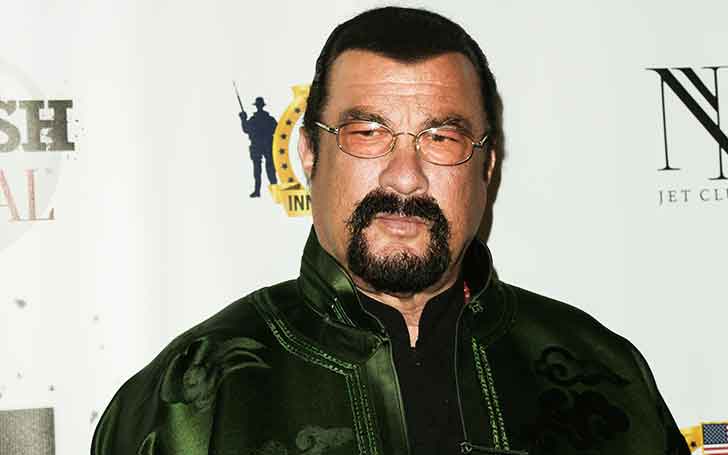 For some people finding love is not that easy, one has to go through several heartbreaks before finding the perfect match and American legendary actor Steven Frederic is one of them.

After several break-ups and divorces seem like Seagal has finally found his match. He is married to his fourth wife Erdenetuya Batsukh and the couple is together for more than 9 years. How is their relationship going on? Do they have any children? What about his past relationships? We have all the details here.

Steven Seagal has gone through manifold ups and down in his professional, personal and business life. Nevertheless, he never gave up and always gave himself another chance.

Seagal is a father of seven children from four marriages. His first marriage was with Miyako Fujitani which was held from 1975 till 1986 for 11 years. 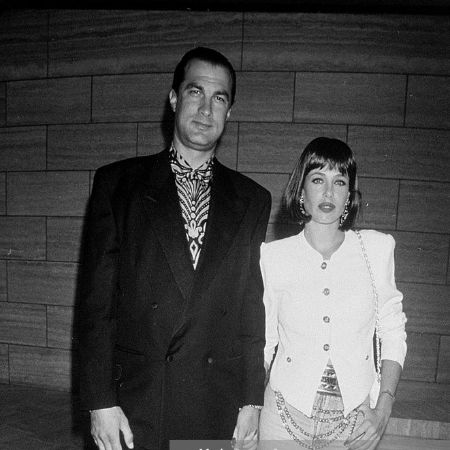 After some time, he exchanged vows with Adrienne La Russa, an actress, and real estate agent. This relationship also couldn’t last and split in 1987. 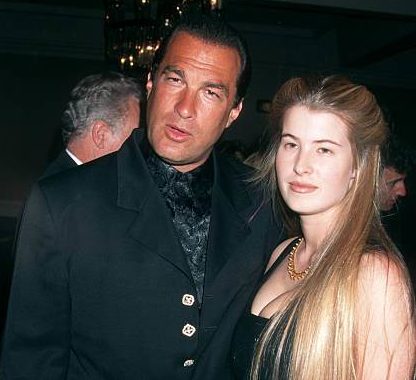 CAPTION: Steven with Adrienne La Russa SOURCE: who dates who

At the same year, he invited his third better half Kelly LeBrock, a model and actress in his life. This marriage of Steven also did not last long and the pair divorced in 1996. 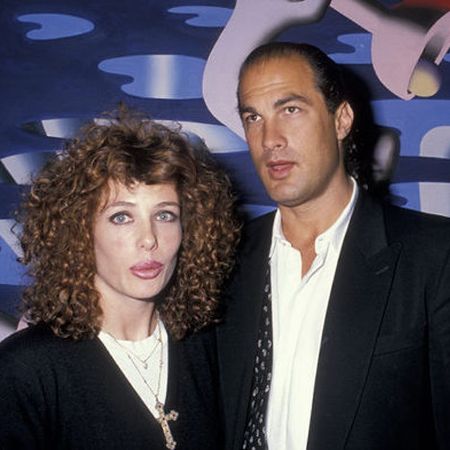 The reason for their separation was Seagal's extramarital relationship with his children’s nanny Arissa Wolf.

After three divorces, Steven met his fourth wife Erdenetuya Batsukh aka Elle who was his personal assistant. After dating for few years the couple married in 2009 and they are still together going strong.

To all my fans, : : I was humbled and overwhelmed with the tremendous outpouring of love and support from all my fans for this birthday. I’m immeasurably grateful. : : Thank you all from the bottom of my heart, Steven Seagal

On his birthday, his beautiful wife Elle Segal wished him with a beautiful caption.

HAPPY BIRTHDAY Steven from all at Team Seagal you are THE BEST!!!!. : ALSO here below is a beautiful message from Elle Seagal for Steven. : From Elle Seagal . My darling husband, . I couldn't be more proud of you today for having lived such wonderful life where you have achieved and accomplished so much in just one life time and you did it all with honor, love and truthfulness! . Men like you are rare this day and age who are courageous enough to speak the truth and stand for the right, and compassionate enough to risk your life to fight evil! You protect and heal the weak and the sick and you teach and lead the ignorant and the lost. . Your true spirit, deep wisdom and undying love and devotion to mankind will always shine through darkness, jealousy and hatred! . Your merit and life's work speaks for itself! Noone can take away what's yours and noone can change who you are! Thank you for remaining true to yourself and continuing to do what you do to make this world a better place! . You are that sword that cuts through evil You are that mountain that sits still through the storm You are that star that shines the brightest You are that fire that comforts all sentient beings You are that voice that fake people fear You are that truth that will lead people to peace You are that wisdom that will awaken all people You are that warrior who rises above all evil! . Poeple who live without masks live long and happy lives and that's you! . Wishing you a very Happy Birthday my love! . Your devoted wife, . Erdenetuya Seagal

Seems like the pair is so much in love with each other. As mentioned earlier, he is the father of seven  children and they are:

Steven just doesn't take here his seven children but he acts as a guardian and a father figurine to numerous children living under the caring roof of the orphanage funded by Steven.

Steven put his name to a the campaign “Be Intelligent, Not Violent” initiated by the Bucharest police in Romania. : : The launch took place at an orphanage and the ten children were invited by Steven to attend the shooting of several scenes from his movie. : : Steven said his intention was to prove to children that the “fights” in the movies are not real and that violence is always defeated by intelligence.

Although his children are from different mothers, they are very close to each other.