How Much Is American Business Man Mike Holmes' Net Worth? Details On His Sources Of Income, Assets, And Charities 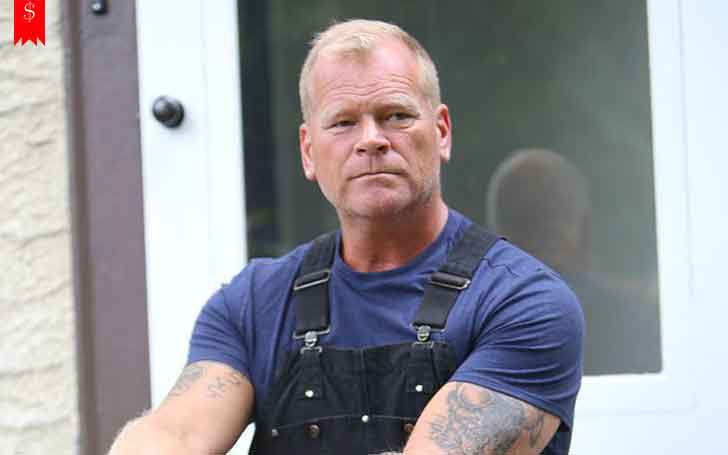 American contractor and businessman Michael James Holmes commonly known as Mike Holmes has amassed a huge fortune. Holmes, the second most trusted person in Canada, is also a renowned TV personality famous for his TV shows Holmes on Homes and Holmes Inspection.

Earning a huge amount is not just the goal of the star as he's involved in many charity works; also making people aware of how to choose a house before purchasing it. Wanna know more about the founder of 'The Holmes Foundation'? Let's dive in!

How Much Is The Net Worth Of Mike Holmes At Present?

Mike Holmes, the renowned Canadian home improvement contractor has an estimated net worth of about $30 million as stated by Celebrity Net Worth. Starting the professional career at an early age, he has amassed a huge fortune.

By the time he was 19 years of age, he started his first contracting company with 13 crew members.

CAPTION: Mike Holmes one of the most trusted people in Canada SOURCE: HGTV Canada

Not only as a contractor, he has served many people all over the world with his TV shows. His first show, Holmes on Homes first aired on HGTV Canada in 2001. Following the end of the very first show, he came with Holmes in New Orleans and Holmes Inspection.

Every TV shows of the heartthrob were basically focused on helping people with construction, renovation and buying a new home.

Buy it Right, host, Mike Holmes never miss a single chance to arm Canadians with all the information while buying a new home. Holmes' net-zero house is a big invention in the history.

He's always on the way with some new ideas and technologies building convenient homes in today's date; the house producing as much energy as they consume on an annual basis.

The 54-year-old contractor and star of TV shows like Makes It Right and Holmes Inspection knows much about homes but what about his own residence?

Sources reported that he's currently living near Georgetown. During the interview in December 2012, he stated that it was "the perfect place to settle down with girlfriend Anna his sweetheart of 17 years".

They are living together with their Labrador retriever, Charlie. He said that he has a beautiful piece of property with lovely flowers and the gardens.

"I didn’t have to do too much in the house. It was lipstick and mascara – new floors, new countertops, new paint, new fireplace. I updated it but wanted to keep the charm. The outside was a whole different thing. I put in a huge deck with a hot tub and cabana, and I put down a beautiful fireplace and waterfall. It’s pretty stunning. I turned the shop into my dream shop. Anyone who works with tools would drool if they walked in there because it has every tool you can imagine."

Besides his 2000 square feet property in the rural community, he has a huge garage that was converted into a workshop.

Mike started his journey with dirt bikes at a young age and now, he's simply unstoppable.

"I was the crazy kid on the trails, doing wheelies, going as fast as possible, stuff that I certainly wouldn’t recommend now."

Much like his father, Jim Holmes, he has spent over a decade of his life serving people. Often known as "Canada's most trusted contractor with a social conscience", Mike is mostly known to serve victims of bad renovations.

He has lent his name, resources and time in the children's charity named SOS Children's Villages. Traveling to Africa, he served and supported poor and abandoned kids in the third world.

In 2006, he started The Holmes Foundation after observing poorly renovated buildings nearby. The main purpose of the foundation was to organize people and assist people who have been impoverished by bad renovations.

Holmes' also did some humanitarian activities including his involvement in helping the people of Haiti after the 2010 earthquake through SOS Children's Villages.

He collected donation to aid the Canadian Red Cross to help flood victims and reconstruction of flooded areas.

Had to share this photo posted by @stranvilleliving. This is why you do it right - the first time! . . . #HolmesApproved #MakeItRight #construction #home #newhome #contractor

Moreover, Holmes is the national spokesperson for Skills/ Competences Canada and WorldSkills Calgary 2009. He is regularly invited to speak by professional organizations like the Canadian Association of Home & Property Inspectors, the Canadian Safety Association of Ontario, the Ontario Building Inspectors Association.

His Awards And Achievements

As Holmes made a living by improving the life of others, he's been the recipient of many awards.

In December 2004, he was honored with the Viewer's Choice Award in the 19th Annual Gemini Awards for his dedication on 'Holmes on Homes'; the number one show on HGTV.

He was recognized by Canada's House of Commons for his promotion of skilled trades and also for his attempt improving building standards in October 2006.  Similarly, Holmes was acknowledged as an 'extraordinary craftsperson' and ' an accomplished master builder with a social conscience' by the Honorable Peter Goldring.

His show 'Holmes in New Orleans' won the 2009 Gemini Awards in the category of Best Lifestyle/ Practical Information Series.

He became one of the Outstanding Canadian citizens in June 2012 achieving the Queen Elizabeth II Diamond Jubilee Medal. He was appointed as a Patron of The Royal Canadian Regiment in December 2013.

He is the author of two successful books. Holmes published his first book called Make It Right: Inside Home Renovation with Canada's Most Trusted Contractor in 2006.

We’ve been getting hammered with a lot of rain. Does your home properly divert water? For example, an eavestrough that drops right right by your foundation does you no good. It should extend a few feet from the home. And I hate seeing things like this, where your downspout expels water onto your roof before hitting another gutter. #TipTuesday . . . #MikeHolmes #MakeItRight #rain #water #contractor #construction

Two years later, he came up with his new book 'Holmes Inspection: Everything You Need to Know Before You Buy Or Sell Your Home. Both his first and second attempt became the nation's bestsellers.