American actress Lola Glaudini is Married to Stuart England; Details of her Husband and Children 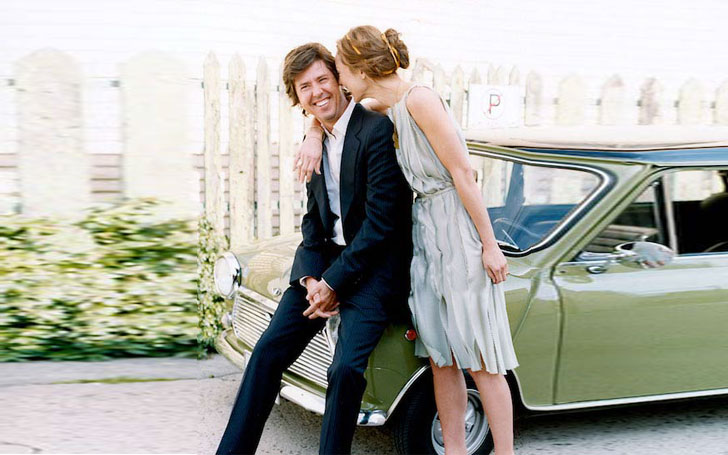 Lola Glaudini, best recognized for her role as Elle Greenaway on CBS’s Criminal Minds is a married woman and a mother of two.

She tied the knot to Stuart England in 2005. So, how is their married life? We have all the details about the couple here.

Lola, the star of The Sopranos, tied the knot to Stuart England in 2005 after dating for a while. It has been more than a decade and it seems like the husband and wife duo is still so much in love with each other. Lola with her husband Stuart England

Lola is quite active in social media and we can see several adorable pictures of the duo. They are such a relationship goals.

Lola and Stuart posing for a picture in an elevator

The residents of Brooklyn, New York, Glaudini and England recently uploaded a picture captioning Starry night for dancing with hot date. ?#aboutlastnight #giorgios and we can’t deny the fact that they probably might just have lighted up the dance floor.

Lola and her husband Stuart England

The hot and happening, couple, knows how to keep their romance on even after so many years.

Lola shares two adorable children; sons with her husband.  Though she keeps sharing pictures of her two baby boys on social media, there isn’t any information provided about their names and birth dates.

Lola enjoying her time with two sons at the beach

Well, the mother of two, Lola, is fond of children and some insiders reported that she wanted a baby girl too.

She already has two sons, but she wants to have at least one daughter. She has always been fond of girls and she had wanted her first child to be a girl as well.

But that does not mean that she does not love her boys. She is absolutely in love with those two little angels. They are so mischievous that she loves watching them fight with each other and break things and sometimes she joins them too.

Well, we hope Lola gives birth to the baby girl as beautiful and charming like her.