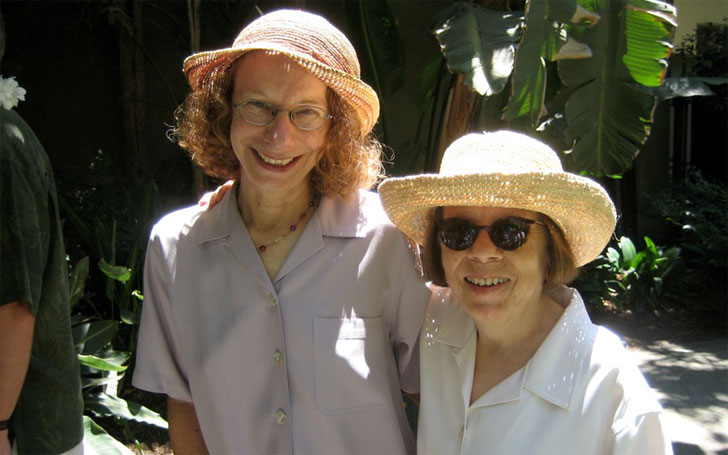 Lidia Hunt is a diminutive actress, best known by her stage name 'Linda Hunt' is renowned for her debut performance in the 1980's Popeye. Similarly, she is also most recognized for playing the male character in the movie The Year of Living Dangerously and became the first person to win an Oscar by portraying the opposite sex.

Linda as of now is living a blissful married life with his wife Karen Klein. The couple tied the knot in the year 2008. Let us find out more about the adorable duo!!!!!

Linda Hunt: Her Married Life With Her Wife, Karen Klein

The 72-year-old Linda is currently living a peaceful life with his wife Karen. Though the couple tied the knot in 2008, they have been together since 1987 and lived in a historic Hollywood neighborhood.

One of the most adorable lesbian couples currently owe the 1919 bungalow, the creation that stands out for its refreshing mix of old and new.

Their current two-bedroom home is inspired by Art Deco and Viennese Secessionist styles.

This house has whimsy and a special kind of elegance. It's welcoming.

The couple is in such a relationship goal. They are together for many years and are still so much in love. In an interview with CBS Sunday Morning in February 2013, Linda said:

Karen's six years younger, but I forgive her daily.

As of now, Linda and Karen live a private life away from the limelight and make a few public appearances. Despite their loving and long relationship, the power couple is yet to become the parent of any child.

Hunt and her husband Karen frequently seen various places spending their quality time together. The actress is also an avid animal lover has two pet dogs.