Ambulance Bomb Kills 95 in Afghanistan Kabul, 158 Injured-Taliban Behind The Attack 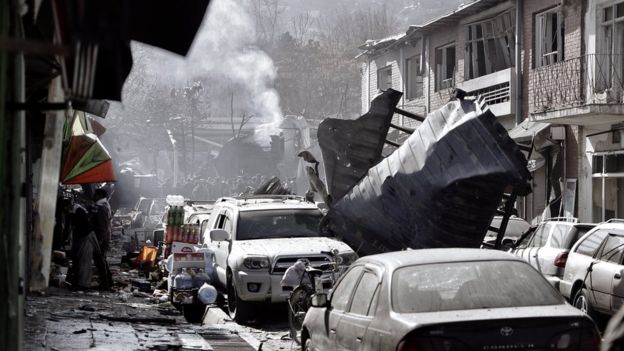 A week after Taliban militants stormed a luxury hotel  Kabul hotel, killing 22 people, the capital of Afganistan has been attacked again.  In an area home to offices of foreign embassies and a shopping zone known as Chicken Street, bombing on Saturday at around 12.15 local time(08:45 GMT), killed 95 and left 158 injured.

The attacker drove an ambulance filled with explosive, past a police checkpoint and detonated it before the second checkpoint. According to Nasrat Rahimi, deputy spokesperson for the Interior Ministry, the bomber got through the checkpoint saying he needed to take a patient to nearby Jamhuriat hospital.

Zia Shahreyar, a BBC reporter, says it is not easy to get through the checkpoints. Cars are searched and drivers' identities checked. It will surely raise questions as to how the attacker got through. 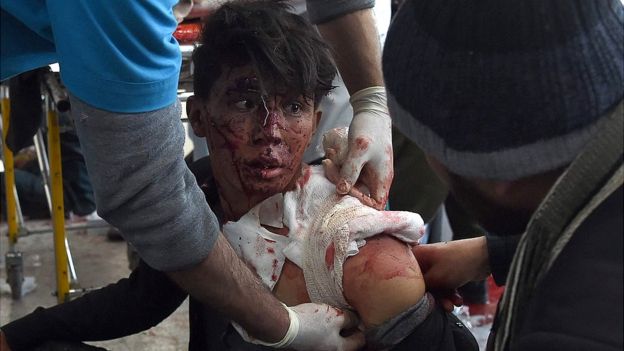 MP Mirwais Yasini who was having lunch at his family home, meters away from the site of explosion told BBC the area looked like a butcher's afterward. He said, 'First of all we thought it was inside our house.' He then stepped outside and saw bodies everywhere. 'It is very, very inhumane.' 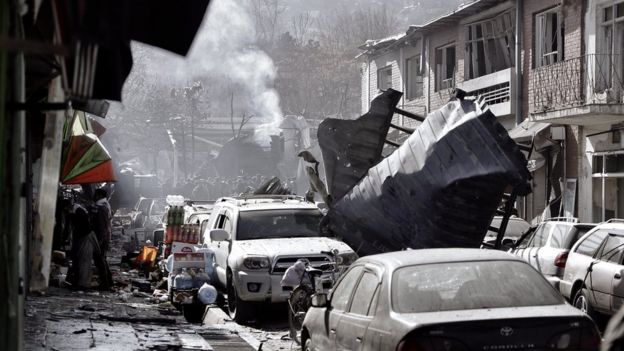 A software engineer who was 1 km away when he heard the blast, told BBC,
"I saw a huge flame. The smoke was pungent. It entered my eyes, and I was not able to see for some time."

He said when he got close he saw bodies of dead people, and it looked like a 'brutal graveyard.'

He added 'It was a terrible moment. [The area] is completely destroyed.'