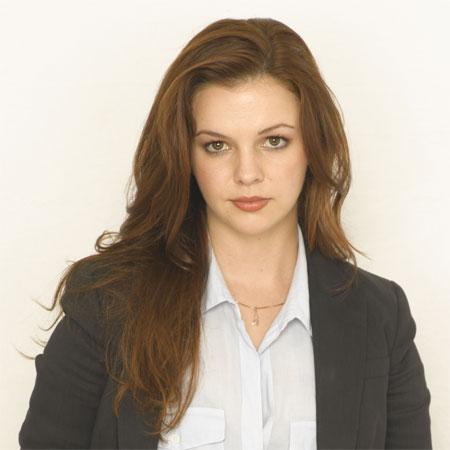 Amber Tamblyn is a famous American actress and writer who first came into the spotlight for her portrayal in the television series, General Hospital as Emily Quartermaine. The 36 years old actress is also best known for appearing in Joan of Arcadia, The Sisterhood of the Traveling Pants, The Ring, Two and a Half Men, House, and others.

Amber Rose Tamblyn was born on May 14, 1983, in Santa Monica, California, United States. She was born to Russ Tamblyn and Bonnie Murray. Her father is a well-known actor while her mother is a singer, teacher, and artist. Amber’s godparents are Dean Stockwell, Dennis Hopper and Neil Young who are actors, and musicians respectively.

Amber Tamblyn was first admitted to Santa Monica Alternative School House for her primary education. She was never interested in the study and referred to grading as an unusual. Due to the family environment, Amber was also interested in the entertainment arena since her childhood.

Amber Tamblyn made her film debut in 1995’s Live Nude Girls as Young Jill. Soon she appeared in movies like The Ring, Ten Minutes Older: The Trumpet. Amber came into the limelight in 2005’s movie, The Sisterhood of the Traveling Pants as Tibby Rollins. In 2006, she was cast in The Grudge 2 as character Aubrey Davis. Since then she has appeared in movies like The Sisterhood of the Traveling Pants 2, Beyond a Reasonable Doubt, Django Unchained, Main Street, Paint It Black, Girlfriend’s Day, and more.

Amber Tamblyn made her debut in the TV arena in 1995 when she was cast as Emily Quartermaine in General Hospital. She was then cast as the lead character Joan Girardi in Joan of Arcadia. She has also been featured in 10 episodes of The Unusuals, 6 episodes of The Increasingly Poor Decisions of Todd Margaret, 15 episodes of House as character Martha M. Masters, 5 episodes of Amy Schumer, and 24 episodes of Two and a Half Men as Jenny. Furthermore, Amber has appeared in CSI: Miami, The Russell Girl, Babylon Fields, and more.

Amber Tamblyn is married to her boyfriend David Cross. David and Amber had first seen each other quite often on draws show and various other places. However, they were personally introduced when they both were a same flight from Houston to Louisiana.

Amber Tamblyn was soon in an affair with David and got engaged in August 2011. Shortly after, on 6th October 2012, the couple got married. The nineteen years of an age difference between them has not affected to their love and care towards each other. The couple is expecting their first child and it is known to be a baby girl.

According to many sources, Amber Tamblyn is known to have an estimated net worth of $ 1.5 million arising out of her work in TV and movies like General Hospital, Joan of Arcadia, The Sisterhood of the Traveling Pants and more. Amber Tamblyn stands tall at a height of 5 feet 7 inches.