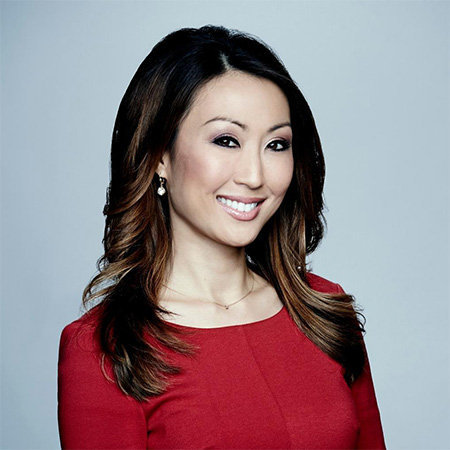 Media is such a powerful weapon which can change the perception of viewers overnight. It has been one of the most scrutinous as well as controversial fields in the world, and now especially with so many media outlets and channels. With the same report being covered by 10 channels at the same time, you can expect at least 5 different versions of the story and might find it difficult to trust or disbelieve one or the other. However, as difficult it is for the viewers to speculate the matter, it is equally tiresome and hectic for media reporters to run after the stories every now and then.

Our presenter today is an American born Korean journalist, although she works and lives in the USA, she has got origins from the North Korea. Amara Sohn- Walker was born in Los Angeles, California on the 30th of November, 1981. A silent and underconfident kid, who was often teased for her accent and looks, she put these things behind her and graduated high school in 1998. After that, she studied at the University of Southern California and graduated in 2003 with a double bachelor’s degree in broadcast journalism and political science. Besides her fluency in English, she is also well rehearsed with Korean and Spanish languages.

Right after her graduation, Amara started to look for jobs and internships and being in L.A, you can always expect to find something, somewhere. She started her career immediately as a reporter for KMIR-TV, which is an NBC associate located in Palm Springs. After that, she moved to another NBC based station in Miami, Florida named WTVJ , in which her position became a general assignment reporter as well as a news anchor. She also worked for as a news anchor for FOX’s WFLD in Chicago, where she covered some issues of national interest like the Chicago teachers Strike as well as the U.S. presidential election from President Barack Obama's re-election campaign headquarters in 2012.

But just after a year or so, she quit there and moved to Atlanta, Georgia for a fresh start in her life. In the April of 2012, she got married to her plastic surgeon husband Thomas Walker, and the wedding took place in Austria. Since the start of November, Amara started her career as a CNN news presenter, who is the regular co-host of CNN Today, alongside Michael Holmes. Some of her major reports since joining CNN include the death of Singapore's founding father Lee Kuan Yew, the re-election of Israeli Prime Minister Benjamin Netanyahu, the search for missing Malaysia Airlines Flight 370, Russia's annexation of the Ukrainian region etc.

Having worked hard for many years now, Amara is a reputed and recognized reporter, and the proof is her social media accounts. It shows that her fans love and appreciate her. However, there is no report on her official net worth value in the media, although we assume it is pretty strong.