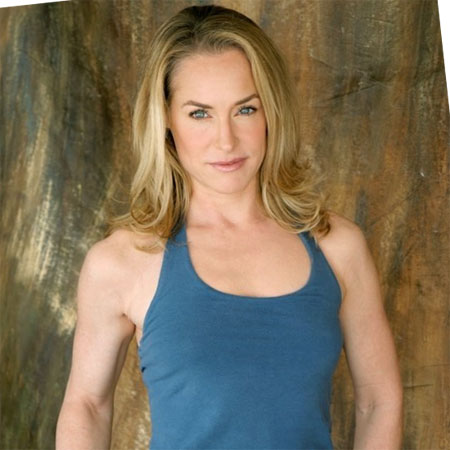 Amanda Wyss is an American television and film actress, who started her career at the beginning of 1980. Amanda first gained fame for her portrayal as Lisa in the 1982 movie 'Fast Times at Ridgemont High.'

Amanda Wyss was born Amanda Louise Wyss on 24 November 1960 in Manhattan Beach, California. She is White in ethnicity and holds an American nationality. She was born under the birth sign of Saggitarius which defines her characters to be energetic and curious.

Amanda was first caught by an agent who saw her portray Flora, in The Innocents and Rhoda. After making her appearance in commercials, Wyss began her first television career, returning to Universal's When the Whistle Blows in 1980, as Dolph Sweet's daughter.

In the same year, Wyss also made a guest appearance on the television series, The Righteous Apples.

By 1981, Amanda appeared in movies including Force: Five, and This House Possessed, and also made a guest appearance on episodes of various television series including ABC Afterschool Specials, Teachers Only, Buck Rogers in the 25th Century, and Jessica Novak.

In the year 1982, Amanda appeared in a support role as Lisa in the teen comedy classic titled Fast Times at Ridgemont High, along with than raw actors, Pheobe Cates, Jennifer Jason Leigh, Forest Whitaker, Sean Penn, and Nicolas Cage.

In the same year, she had a guest role on two episodes of Star of the Family. In 1983, Amanda Wyss made her appearance in the television movies like The Tom Swift and Linda Craig  Mystery Hour, A Killer in the Family, and Lone Star.

In 1985, Amanda made a guest appearance in the television series titled Otherworld before featuring in the films Silverado as Pheobe and Better Off Dead as Beth.

Her another guest appearance was on St. Elsewhere as Pru Dowler and Cheers as Beth Curtis. In 1986, Amanda portrayed in the television films Firefighter and Something in Common. She also featured in the movie Flag in the same year.

In 1990, Wyss portrayed in a cult horror movie titled Shakma. The following year, she made her appearance in Son of Darkness: To Die For II as Ceila. She portrayed in the film Black Magic Woman along with Mark Hamill.

In 1997, Amanda featured Michelle Harding in Strategic Command. Later in 1999, She guest appeared as Stevie on the television series, Charmed. After that, Wyss simultaneously starred in the short movie Bella! Bella! Bella! as Charlotte Breceda.

Moreover, Amanda Wyss was a special guest of the Crypticon 2010. The same year, she also portrayed in the 2010 movie The Graves. In 2014, Wyss appeared as Joanna Cass in an episode of Major Crimes. Amanda has featured in the horror movie in 2016.

Amanda now has reached the age of fifty-eight. She currently seems to be single as Wyss has not said anything regarding her relationship or affairs, neither she has been caught dating boyfriend in her past life.

But, looking at her Instagram, we can conclude that she is in a relationship with an anonymous man. She frequently shares her pictures with him on her Instagram time to time, however, she hasn't revealed whether he is her boyfriend or husband.

As an American actress, Amanda Wyss has made a decent amount of money by portraying in numerous television movies, films, and reality shows. She also earns a good amount of salary from television series which adds up to her net worth that is estimated to be $ 600 thousand.