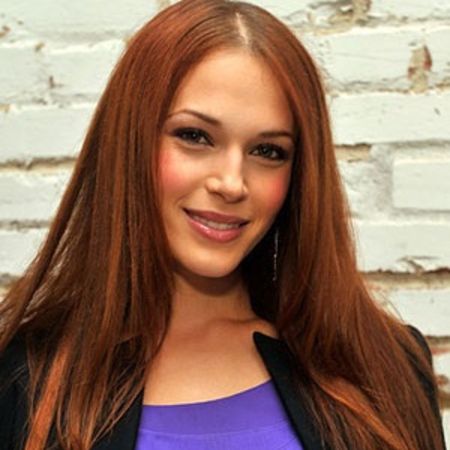 Amanda Righetti is an American actress and producer. She has appeared in many television series with the main role including North Shore, Reunion, The Mentalist, and Colony. She showcased her acting skill in feature films including Friday the 13th, Return to House on Haunted Hill, and Captain America: The First Avenger.

She is the youngest in the family. She was raised along with her seven siblings in Nevada, Las Vegas.

Amanda Righetti kickstarted her career as an actress from the feature film Love and Happiness in 1995. She got her first TV role from the television series CSI: Crime Scene Investigation in which Laurence Fishburne, Marg Helgenberger, and George Eads had the main role. She started to work as a producer for the feature film Missing Emotions in 1997. The actor got her first main role in television series North Shore in 2004. The following year, she worked in TV series Reunion along with Will Estes, Dave Annable, and Alexa Davalos. She worked in horror movies including Return to House on Haunter Hill and Friday the 13th.

As for her television appearance, she got the main role in The Mentalist sharing the screen space with Simon Baker and Robin Tunney from 2008 to 2015. She is one actress who appeared in Marvel's Cinematic Universe movie Captain America: The First Avenger in 2011. She portrayed the main role of Maddie Kenner in the 2016 television series Colony.

She also produced many short movies such as Matter in 2008 and Queer Fish in God's Waiting Room in 2019.

Amanda Righetti gained fame and fortune from her work. According to celebrity net worth, she has an estimated net worth of $3 million, as of 2020.

The major part of her income is from her career as an actress in television series and feature films. Here are some of her movies and series along with her salary.

Exchanged Her Marriage Vows With Director And Producer Jordan Alan

Amanda Righetti was a married woman and has a kid. She dated director and producer Jordan Alan for many years and exchanged the marriage vows on 29th April 2006 at the Hawaiian island in Oahu. Amanda Righetti along with her ex-husband Jordan Alan and son SOURCE: Getty Image

Righetti and Alan blessed with a child son Knox Addison Alan on 10th January 2013. She lived with her husband Jordan for 11 years and she filed for divorce on 17th February 2017.

Now the actress is living as being a single mom in Los Angeles.