Alyssa Milano's Happily Ever After Life with Dave Bugliari, Check Out Their Exclusive Details Here! 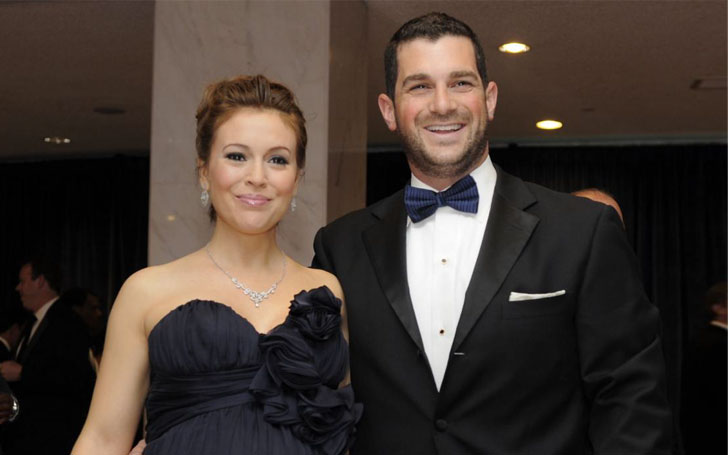 The couple got married in 2009 and are still living happily, at least, as far as we know. We have some exclusive details about the couple's relationship and marriage!

Relationships Are Made In Heaven: Alyssa Milano And Dave Bugliari

According to Zimbio.com, Milano and Bugliari started dating in December 2007 and got engaged a year later. They tied the knot in 2009 at Bugliari's family mansion in New Jersey with the theme; nature, and family.

The happily married couple, Alyssa Milano and Dave Bugliari together have two kids: Milo Thomas born in 2011 and Elizabell Dylan born in September 2014. 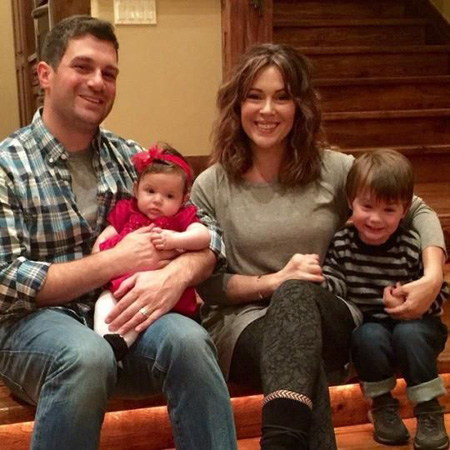 CAPTION: Alyssa Milano And Her Husband Dave Bugliari With Their Children SOURCE: Pinterest

The 44 years old actress is very active in social media, she frequently shares pictures of her lovely family on Instagram. The couple has been spotted at different events along with their kids. They made a trip to Disneyland,  Milano posted photos from the trip on the Instagram post on 12 November 2016.

In 2014, Milano and her husband along with their two kids went to Yo Gabba Gabba Live at Shrine Auditorium in Los Angeles and enjoyed the live music. She shared pictures of her lovely family enjoying the show.

One of the most adorable manners about this couple is how often they take their kids out. Now, who wouldn't have loved to have parents like this growing up?

On 30 August 2016, Milano shared a picture of her labor pain with the caption:

Milano also keeps posting throwback pictures, this one is of her husband!

In an interview with People Magazine in 2015, Milano expressed her happiness:

“We have dance parties almost every night with both of them,”

When she was asked if the couple is planning to expand their family, she replied:

“I want another one, but I’m 42 so it’s like, why push my luck? I have two healthy children and I had them both later in my life.”

Superstar Milano is successful not only in her career but in her married life as well.  Such a happy little life she has, hope it always stays the same!

Milano was involved with The Lost Boys actor Corey Haim from 1987 to 1990. Milano and her parents, together with his manager at the time, unsuccessfully tried to get Haim help for his addiction.

Milano became engaged to actor Scott Wolf in 1993, but they broke off their engagement the following year. She married singer Cinjun Tate on January 1, 1999. They divorced in early 2000.