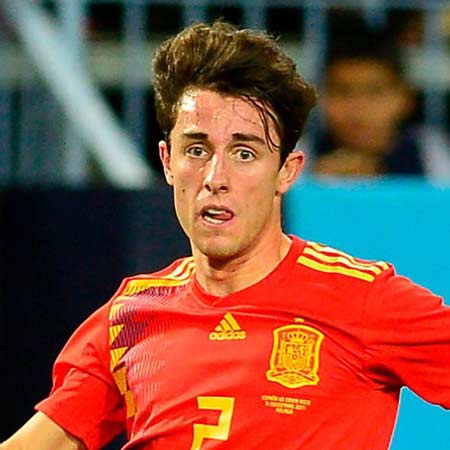 The San Sebastian-born Alvaro Odriozola is one of the rising football players who can play in both positions as right back and winger. The footballer spent his entire career playing with his hometown club Real Sociedad. For the club, Odriozola made over 100-appearances and scored only 3-goals. He played first for Spain national team during the 2018 FIFA World Cup qualifiers against Albania will play for Spain in the World Cup as well.

Alvaro Odriozola was born  Álvaro Odriozola Arzallus in San Sebastian, Spain, on 14 December 1995. He belongs to Spanish nationality and his ethnicity/race is Caucasian. He started his early football career playing with hometown club Real Sociedad at the age of ten. His mother's name is Amaya Arzallus.

Gradually honing his skills playing for several years at the academic level the footballer made his senior debut for the club in 2013. During the 2014-15 season, he scored his first goal on 6 September 2014, in a 3–0 home win against Real Unión. Following the tragic injury of  Carlos Martínez and Joseba Zaldúa, he played his first La Liga match against Malaga CF which ended in a 2–0 win. 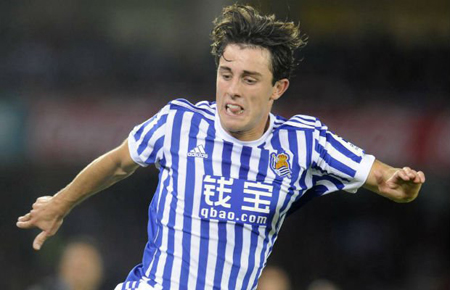 Odriozola finished the 2016/17 season with 16 first-team appearances. After showing his incredible performance for the club, the player quickly became the first-choice right-back for the 2017-18 season. There are a lot of rumors that the footballer is signing a contract with Real Madrid but no confirmations came out till the date.

Alvaro Odriozola represented Spain at the U-21 level and played a crucial part in helping Spain reach the finals of the 2017 UEFA European Championship. He earned his first call-up for Spain national team in the 2018 FIFA World Cup qualifying match against Albania which they won by 3 goals. 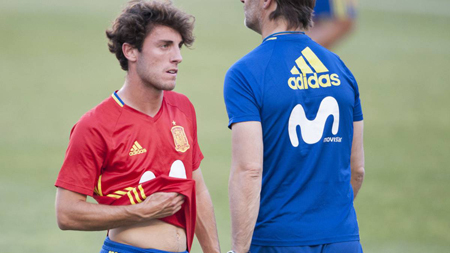 Odriozola is also included in 23 man squad to feature in the 2018 FIFA World Cup.

Alvaro Odriozola is just 22 and has gained widespread popularity at such a young age for his unbelievable performance on the pitch.  According to some online sources, the footballer's net worth is believed to be more than $1.5 million.

Alvaro Odriozola is an unmarried man. He is not dating anyone publicly. But, he regularly shares cozy pictures with a mysterious girl on his Instagram.

The couple is also quite busy on social media and shares several romantic snaps which speak that they are dating each other. But, they have not said anything about it. Odriozola is also close to his family. He also shared his siblings and parents pictures on his Instagram.