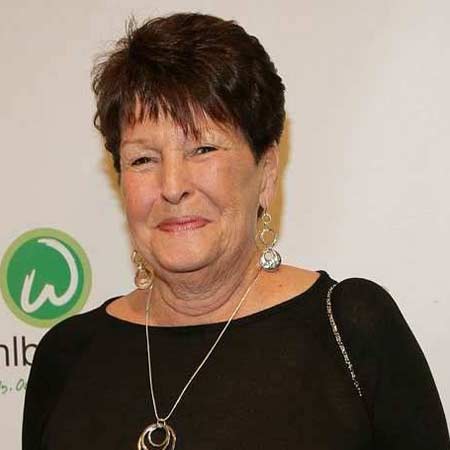 Alma Wahlberg is co-owner of the Wahlburger Resturant Chain. She rose to fame after featuring in the A&E series, Wahlburgers. She is best known as the mother of actors,  Mark Wahlberg, and Donnie Wahlberg. She is married to Mark Conroy and shares nine children with her late husband, Donald Wahlberg.

Alma Wahlberg was born Alma McPeck on May 6, 1942, in  Boston, Ma s sachusetts, USA. She is of Irish, English, and French Canadian descent. She is a Roman Catholic.

Wahlberg worked as a bank clerk during her initial days. She also served as nurse's aide in tight quarters on the Dorchester, MA streets where she was raised.

In 2011, she appeared in Anderson Cooper syndicated talk show, Anderson Live. Her son, Paul Wahlberg opened a restaurant, Alma Nova where she worked as hostess and greeter. The restaurant was named after Alma as Nova means nine and she is the mother of nine children.

Later, Wahlberg started a new food chain, Wahlburgers which became the subject of the television series, Wahlburgers. American digital cable, A&E signed 18 episodes of contract with Wahlburgers in 2014. The series was thoroughly popular among American audiences which helped Alma and her family gain public attention.

So far, eight seasons have already aired and the ninth season will hit the TV screen from June 13, 2018. American Chop Suey is one of the specialties of Wahlburgers. Her other recipes also featured on the A&E website.

Alma Wahlberg's Net Worth, Salary, And Major Source Of Income

Alma Wahlberg is the co-owner of the fast-food chain, Wahlburgers whose market value is in million dollars. As per some online sources, her net worth is $1 million in 2019. She is also a professional matriarch and her salary is over $44.5 K a year.

Wahlberg also featured in A&E popular food series, Wahlburgers making a decent amount from the series. His son, Mark Wahlberg is a popular American actor who has an estimated net worth of $225 million.

Alma Wahlberg is happily married to her longtime boyfriend, Mark Conroy. The duo exchanged vows in 1984 at an intimate ceremony in the presence of their closed ones and family members. She has no children with Conroy.

She lost her eldest daughter, Deborah E. Donnelly in September 2003 on the same day that Mark's first child was born. Her former husband, Donald E. Wahlberg also the US Army veteran died on February 14, 2008, at the age of 78.

Here is Alma Wahlberg during the season 4 of Wahlburgers.