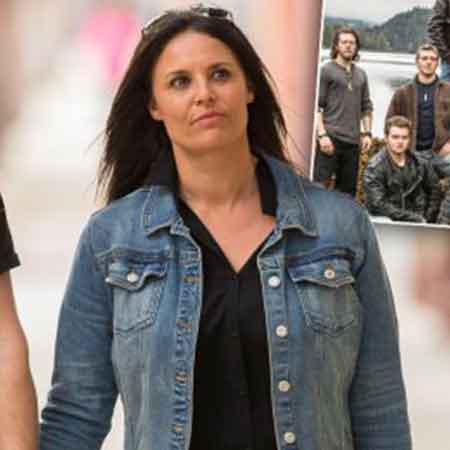 Allison Kagan is an American producer, director, photographer and editor who is known for being the senior producer of the television series Alaskan Bush People aired on Discovery Channel. Similarly, she is also a member of the Producers Guild of America, National Press Photographers Association, Non-profit organization, and the Academy of Television Arts And Sciences. People also know Allison for her high profile relationship with the famous actor, Joshua Brown.

Born and raised in the united states of America, Allison Kagan has always lived a low-profile life. She has chosen to keep the information about her parents, childhood, siblings only o herself.

She received a B.A. in Communications and Film from the University of New York at Albany. She was a part of the Albay Women's Rugby Club at University.

Photographer As well As a Producer

Later, Kagan became a camera operator for SiTV. Similarly, in the year, 2010 she worked on the productions of television series Model Latina and True Life. In the following year, she worked on Teen Mom 2 series and some other popular series.

Continuing her successful career, Kagan started working as a Senior Producer for MTV Network and after three years she produced segments for NBC Universal. Allison has also worked as a producer on popular television series like as 16 and Pregnant (2012-2013), The Diamond Collar (2014), Caribbean Life (2015), Happily Ever After (2016).  In the year 2015, Kagan worked in the movie Submissive Wives.

One of her notable works was as a senior field producer for the television series, Alaskan Bush People which was aired on Discovery Channel. And regarding her awards and achievements, in 2009 Allison was nominated for an Emmy Award in Educational Programming.

Apart from this, she is also the Executive Producer and Vice president of Development at Bad Kity Ink where her job description is overseeing the development and new productions in New York. She has shared a screen with the stars including Snowbird Brown and Billy Brown.

How Much Is Allison Kagan Net Worth?

Talking about Kagan's net worth she earns a decent of money from her career. However, her exact net worth and salary are not estimated. Some of the sources have claimed her worth to be $1 million which is yet to be verified. As she is credited by various news broadcasting networks which include NBC, Fox, ESPN, ABC and Sports Channel it is obvious that her earnings are in millions.

According to the sources, the average salary of a producer in the united states is $51,172 per annum. Considering her experience and hard work,  she definitely earns more than the given figure. She also makes around $42k from her career as a news photographer.

Besides this, she is also a volunteer for New York Cares, an organization that provides aid to non-profits and people in need in New York City.

As per the sources, the couple became a friend at the first meeting and only came closer after they visited New York together. Brown once posted on his Facebook about his girlfriend Allison. His Facebook post reads:

"When I visited New York that summer we were still just friends. [Alli] has stirred something inside me and made my soul wake up. I hope we can blend our lives together and I can take her back to Alaska."

The beautiful pair have also worked together on the cruiser called Fathom This which is owned by Bam Bam Brown. 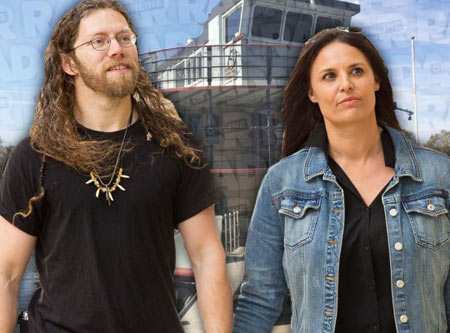 There were rumors that Kagan and Bam Bam Brown got married after the former was spotted wearing a ring in his ring finger. But both the couple has not officially announced their marriage rumors and also Brown family has refused to talk on this matter.

So grateful for my girlfriend Alli. I'm blessed that she is here with my family.
She and my mom are truly inspiring.
Love conquers all. pic.twitter.com/LKZsvxkipI

As of 2019, the pair is living a blissful life together.