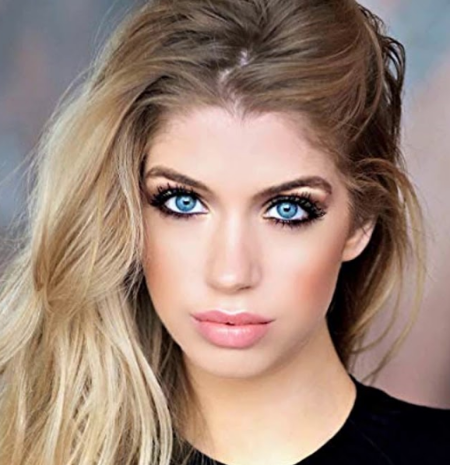 Allie Deberry is an American actress and model best known for playing the role of Paisley Houndstooth in A.N.T. Farm, Destiny in Shake It Up, Mindy in Lazer Team, and Cammy in True Jackson, VP.

She has been married to a baseball player, Tyler Beede, who plays for the San Francisco Giants of Major League Baseball (MLB).

Allie Deberry was born on October 26, 1994, in Kingwood, Houston, Texas, the United States of America, to father Tom DeBerry and mother Cindy DeBerry.

She was raised along with her two siblings and she was the youngest of her parents' three children. She is of American nationality and belongs to white ethnicity.

Regarding her height and weight, Deberry is 5 feet 5 inches tall and 50 KG weigh respectively.

Allie Deberry started her acting career in 2001 with a role of a flower girl in the drama romance television film, The Way She Moves. The cast members of the movie were alongside Annabeth Gish, Daniel Cosgrove and Kamar de los Reyes.

In the that year, she guest-appeared as Brittany in It's a Miracle. Later in 2003, she played a supporting role of young Alex in television sitcom, I'm with Her, alongside Rhea Seehorn, David Sutcliffe and Teri Polo.

Her first theatrical film was 2007's Love and Mary in which she played the role of Sara Pedersen. In the following year, she was featured in two episodes of the What's the Word? series.

DeBerry has also been featured on Disney Channel's Shake It Up and A.N.T. Farm.

Deberry rose to fame in 2009 after she appeared as Pinky's friend Cammy in the television show, True Jackson, VP, opposite Jennette McCurdy.

Estimated Net worth is $500 Thousand

Allie Deberry has appeared in numorous hit films and television series throughout her career. She has earned a huge amount of money from her acting career.

According to an online source, Deberry has an estimated net worth of $500 thousand. As for her salary, the 24-year-old Shake It Up star earns $100 thousnad per year.

Married to Husband Tyler Beede, Does They Have Children?

As we mentioned earlier, Allie Deberry is a married woman. The A.N.T. Farm star has been married to an MLB player, Tyler Beede, who plays for the San Francisco Giants. 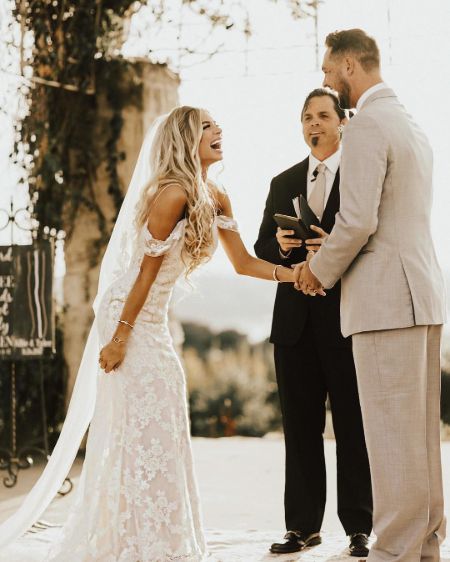 The couple tied the knot in a lavish star-studded wedding ceremony in Phoenix, Arizona, on November 26, 2017. Here's a video clip from the beautiful wedding, Enjoy Watching!!

It's been nearly two years since Deberry and Beede walked down the aisle and they are enjoying a beautiful marital relationship. They do not have a child yet.