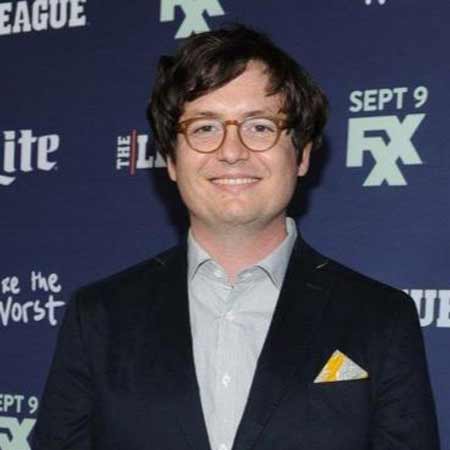 American actor and writer Allan McLeod is best known for his appearances in movies like You're the Worst (2014), Life After Beth (2014) and Captain America: Civil War Reenactors (2016). He started his career as a production assistant in Weller Grossman Productions. McLeod is married to Stacy Elaine Dacheux who is an artist and writer. The couple has a son named Sonny Mcleod. The family of three resides in Los Angeles, California.

Allan McLeod was born in 1981 in Mobile County, Alabama, United States to John McLeod and Patricia McLeod. He was raised along with his two sisters, Jane McLeod and Robyn McLeod. His father served as a real estate agent and mother was an artist. He lost his mother in 1998 due to cancer.

McLeod attended St. Paul's Episcopal School where he was a lineman on the school's football team. He gained a lot of weight in his early days. He was nearly 260 pounds, which was the reason behind his unsatisfactory performance in high school.

Later, he quit football and transferred to Murphy High School where he built an interest in acting. He lost 50-60 pounds and acted in a play at the Mobile Theater Guild. He graduated in 1988.

Then McLeod joined the University of Alabama. He performed in plays at the Marian Gallaway Theatre and the Allen Bales Theatre. Later, he wrote sketches for Guerilla Theater along with his classmate. He earned his bachelors' degree in Theater and film in 2002.

Soon after completing his graduation, McLeod moved to Los Angeles at the age of 24. He used to do odd freelance jobs in the production world during his struggling days. He served as production assistant for two years in Weller Grossman Productions. Then he became a member of the Screen Actors Guild.

In 2005, Allan McLeod worked as an associate producer at Screen Door Entertainment. The same year, he started taking acting classes at the Upright Citizens Brigade Theater under the guidance of Matt Besser and Matt Walsh.

He acted in several live shows including Comedy Central's popular Drunk History as he narrated the stories. Once in an interview, he talked about live performances,

"If you have access to perform in live comedy shows, you can't quit doing it," McLeod said. "It's good to be humbled by a live audience now and then and it's good to be creating and trying out new ideas."

McLeod made his screen debut in 2014 with You're the Worst. The same year, he appeared in another comedy, horror film, Life After Beth. He was also featured in Captain America: Civil War Reenactors (2016). He also worked as a transcriber for a year at HBO.

He made several commercials for McDonald's, Wrigley's Gum.  Since 2014, he worked at the EXX's You're the Worst, FunnyOrDie and Drunk History. As of 2018,  Allam McLeod is working as an actor and writer for HBO.

Allan McLeod is one of the rising actors and writer in Hollywood. The average salary of TV writer is between $10k-$15k per episode, McLeod is quite experienced so, he might earn more than the average salary. As an actor, he earns $75-$100k. Considering his career, he might have an estimated net worth of six digit figure.

McLeod earned more than $50k from his stage appearances and theater play.

Allan McLeod is a married man. He exchanged a vow with his longtime girlfriend, Stacy Elaine Dacheux at a private ceremony. His wife is LA-based artist and writer. The couple is together for a long time and shares a healthy relationship.

CAPTION: Allam McLeod along with his wife, Stacy at the premiere of FXX's You're The Worst SOURCE: Getty Image

Both the couple belongs to the same fraternity which might be the reason for their successful married life.

#HappyMothersDay to my one & only, so lucky to have you as my baby mama

The duo is blessed with a son, Sonny McLeod (born on 2017). McLeod is fond of dogs as well, he has two dogs, Steve and Nala and often shares their pictures on his Instagram.