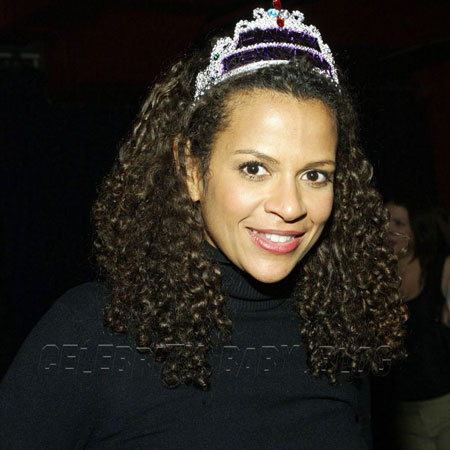 A television personality and journalist, Alison Stewart, came in the light as a political correspondent for MTV News in the 1990s. Stewart also worked for the PBS as a correspondent and a fill-in anchor. As of now, Alison landed the job as a host of a midday show called All Of It with Alison Stewart on WNYC.

Alison Stewart was born on July 4, 1966, in the suburbs of New Jersey, Glen Ridge to parents, Carol Stewart, a biology teacher at Columbia High School and Joseph T. Stewart Jr., the senior vice-president for corporate affairs at Squibb Corporation.

Alison Stewart is an American by nationality and is of African-American ethnicity. She has a sister named Emily Stewart. She grew up in New Jersey with her family.

Stewart is a graduate of Brown University with a degree of Bachelor in Arts in English and American literature.

Alison Stewart started her career in media as a music director for her school’s radio station, WBRU. The experience at her school led her to initiate a professional career in 1988 as an assistant at MTV where she was a segment producer.

Alison Stewart worked for MTV for eight years. She earned fame through coverage of events like the 1992 presidential race, Peabody Award and contributing to MTV News shows including Megadose and MTV News: Unfiltered.

Alison Stewart has worked for several television stations including CBS News, ABC News, MSNBC, NPR, and PBS. She is known as the host of ‘The Bryant Park Project’ and ‘Need to Know.'  She also served as the co-anchor of the syndicated ABC News program World News Now with Anderson Cooper.

Apart from her career in broadcast journalism, Alison Stewart is also an author. She has written two books; ‘First Class’, based on the history of Dunbar High School in 2013. The book was named as the best books of 2013 by Essence Magazine and Mother Jones. Her second book is ‘JUNK: Digging Through America’s Love Affair with Stuff’ published in 2016.

Alison Stewart also serves on the Board of Trustees of the Corporation of Brown University. She has an honorary degree of Doctor of Fine Arts from Bloomfield College. She is also involved in philanthropic works.

As of now, Alison worked for the WNYC's midday show called All Of It with Alison Stewart.

Though the exact figure is not disclosed, Alison Stewart is assumed to have a net worth of more than $2 million, in 2019. She also worked in different shows at PBS, from where she earns a handsome salary too.

Stewart also earns from the sales of her books which are marked over $25 dollars per piece. In 2016, she published a book called First Class: The Legacy of Dunbar, America's First Black Public High School which is priced $9.99 for Kindle, $23 for Hardcover, and $13.74 for Paperback.

As per some sources, Stewart owns a house in NYC.

Alison Stewart is a married woman. She is married to her boyfriend Bill Wolff, the vice president for prime-time program at MSNBC. Alison Stewart met Bill in MSNBC.

Alison Stewart and Bill Wolff got married on 4 November 2006 at Cipriani 23rd Street in New York, their marriage officiated by an Episcopal priest, The Rev. Dr. Leslie C. Smith.

Alison’s father in law, Dr. Gerald Wolff is a staff cardiologist, and a clinical associate professor, at University Medical Center of the University of Arizona. Her mother-in-law is Carolyn Wolff, a retired associate general counsel for Anheuser-Busch in St.Louis.

They Are Proud Parents Of A Child

Alison and her husband Bill have a son together named Isaac Stewart Wolff, born on May 5, 2008. The family is living a happy life together and resides in New York City.

Alison Stewart has traveled almost all the states of America making her professional trips. She is a regular listener of Grammar Girl podcast and is a crazy fan of Carl Hiassen.