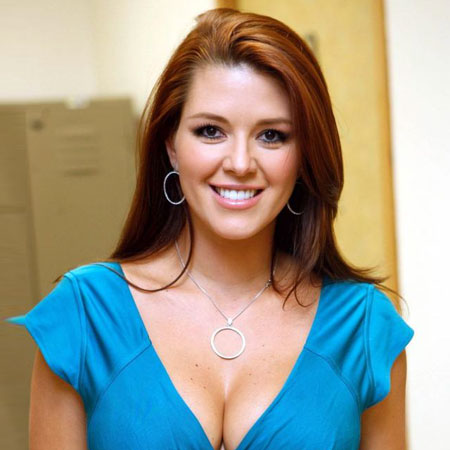 Alicia Machado was born on December 6, 1976, in Maracay, Venezuela to the immigrant parents. Her father was from Spain and her mother’s family was from Cuba.

Alicia Machado is Venezuelan as well as an American by nationality. She turned American citizen in May 2016. She has a mixed ethnicity.

Alicia Machado’s career got inclined after winning the Miss Venezuela pageant in 1995 and winning the 1996 Miss Universe. After winning the title, Alicia drastically gained her weight drawing the considerable press attention.

She was forced to lose the weight by the then executive producer of the pageant Donald Trump in order to reign on the title till her tenure.

After the end of her reign as Miss Universe, she went back to Venezuela and started acting in the soap operas and series. She entered into Venezuelan screen in 1998 as Samantha in Infierno en el Paraiso. Later she started being the commercial model. Alicia is a major media star in Latin America.

Alicia Machado had to pay the price for winning the Miss Universe title. On the verge to lose the weight in terms of reigning on the crown till the end of tenure, she developed anorexia and bulimia. She even confessed that she goes to psychologists since over the past 20 years to combat the disorder that is causing her mentally stressed and depressed.

She was accused of threatening Venezuelan judge to kill him while presiding over a case against the murder attempt by her the then-boyfriend and also for driving her boyfriend’s getaway car. Both the accusations later dropped down for having not much evidence.

She was even engaged with the baseball player Bobby Abreu but they called off their engagement after she was caught on tape having sex with her co-star Fernando Acaso in one of the episodes.

Currently, she is in a relation with a Venezuelan model, Alberto Quintero since November 2013. Forty years old, Alicia, is not married and there is no record of having a husband but is a proud mother of a daughter named Dinorah, born on June 25, 2008.

Alicia earns a good amount of money from her profession as an actor, singer, presenter and a model. She is reported to have an estimated net worth of $4 million dollars.