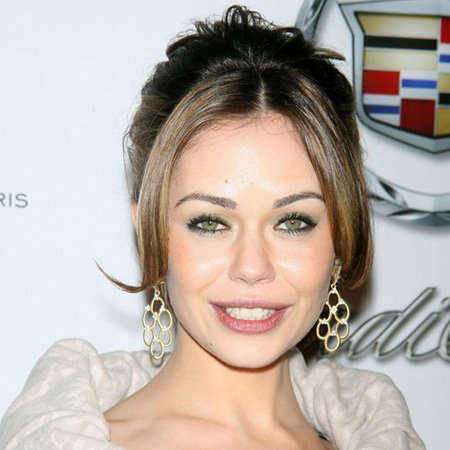 Alexis Gabrielle Dziena is an American actress who is best known for her roles in the movies When In Rome, Fool’s Gold, Nick and Nora’s Infinite Playlist, Sex and Breakfast, Havoc, and Strangers with Candy. With exceptional talent and many struggles with his career, the actress has established herself as one of the leading figures in the world. She has been active in the industry since 2002 with countless movies and TV series.

Gorgeous Alexis was born on July 8, 1984, in New York City, under the birth sign Cancer. She has Irish, Italian, and Polish descent. She was born and raised in New York, thus, she had completed her study therein. She belongs to American nationality and regarding her ethnicity, Alexis is from a mixed ethnical background. She is nicknamed a wonder girl.

Dziena attended private schooling at Saint Ann’s School. She had spent much of her summertime in the small South Jersey shore town of Sea Isle City.

During her high school, Dziena also enrolled in the American Academy of Dramatic Arts and had acted in the plays there. She has an older brother whose name is Alex Dziena. He is a musician and a DJ.

Alexis Dziena made her acting debut from TNT’s show Witchblade in 2002. Afterward, the door to her acting career started. In the initial time, she did not get the big projects and landed in small roles.

Dziena, however, with the hard work and praiseful performances, won the attention of several directors and producers. Therefore, she landed her first major role in the Lifetime channel original she’s Too Young in 2004 where she played the role of Hannah Vogul. She was cast along with Mike Erwin, Marcia Gay Harden, Megan Park, Miriam McDonald, and others.

Later on, Dziena started appearing in the major and minor roles, she worked in the low-budget independent film Pizza and crime drama movie Havoc.

In the year 2007, Dziena played Heather in the independent dark comedy film, Sex, and Breakfast, alongside Macaulay Culkin, Kuno Becker, Eliza Dushku, and others.

Dziena also appeared in the film Sister released in 2014 as Ashley Presser and the most recent film of hers is Without Ward where she can be seen in the role of Scout Finch.

Alexis Dziena's Net Worth, Major Source of Income, And Salary

According to celebrity net worth, Alexis Dziena's net worth is $3 million as of 2019. She has earned a decent amount of salary from her career. The actress has played a number of break-out roles in many box office hit movies like Broken Flowers which grossed over $46 million worldwide. As per reports, the actress is paid around $51,000 a year for her work in movies and TV series.

Dziena played the sheriff's daughter Kira Underlay in the ABC television series Invasion. She also appeared frequently on the sixth season of the HBO series Entourage and also co-starred in the 2008 films Fool's Gold and Nick and Norah's Infinite Playlist.

Dziena has still a long way to go in her career. Though she has not won any awards yet she has won the hearts of many of her audiences through her acting. Her popularity and hard work will certainly award her with prestigious awards and nominations. Alexis enjoys a high net worth with satisfying pay for her work.

Alexis Dziena is one of the popular actresses in the industry. She is simple and very gorgeous. Moving on to her personal life, the actress is not married yet and has no children. There is no information on her current relationship status. She has maintained privacy on her personal stuff so as to avoid rumors and unnecessary gossips.

However, Dziena was once in a relationship with Michael Pitt who is an actor, musician, and model. The two had dated for two years from 2002 till 2004. The reason for their break up is not made public. After that tragedy, Alexis has not unveiled her personal stuff in the media. But it has been reported that the actress has a long dating

Previously, she also dated Jeffrey Francis Ausley but they had some legal issues. In Mid 2014, when Jeffrey got restraining orders against Alexis, she repeatedly threatened to hurt him if he broke up with her.

Once in an interview, Francis said, He dated for a while Dziena but when he tried to break up with her, she went crazy and threatening to harm him and herself. However, Dziena never spoke out about this topic in the media.

Fans of Alexis can follow her on her account on Facebook, Twitter, and Instagram so as to get updated with her activities and know her more. Her biography can also be found on different internet sites including Wikipedia, IMDb, etc which also locates pictures on her.