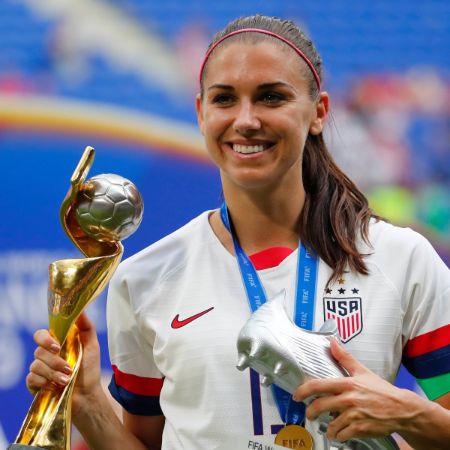 Alex Morgan is an American soccer player best known for scoring the game-winning goal in the semi-finals of the Summer Olympics 2012. She was a member of the U.S. women's team which won World Cups in 2015 and 2019.

She has been married to soccer player Servando Carrasco with who she welcomed their first child, daughter Charlie Elena Carrasco, on May 7, 2020.

Alex Morgan was born as Alexandra Patricia Morgan on July 2, 1989, in the Los Angeles County suburb of San Dimas, California, the United States of America, under the birth sign of Cancer.

Her parents Michael T. Morgan and Pamela S. Morgan raised her along with her two older sisters, Jeni Morgan and Jeri Morgan.

Morgan studied at Diamond Bar High School where she played soccer a s sociating with the NSCAA (National Soccer Coaches Association of America). She was known for her speed and sprinting ability while in school.

Alex Morgan was a multi-sport athlete since her childhood. She started playing soccer with AYSO when she was very young. Her father was one of her first coaches.

She began playing club soccer joining Cypress Elite at the age of 14 and with the club team, she played for CSL (Coast Soccer League) under-16 championship.

In 2008, she played for the under-20 team during the CONCACAF Women's U-20 Championship in Puebla, Mexico.

Most notably, Morgan scored a dramatic game-winning goal against Canada in extra time of the semi-finals of the Summer Olympics 2020, sending the United States to the final against Japan.

Additionally, Morgan is one of the main players of the U.S. women's team who helped the nation to win World Cups in 2015 and 2019.

Alex Morgan has gathered a substantial amount of fortune throughout her soccer career. According to Celebrity Net Worth, the athlete has a whopping net worth of $3 million, as of 2020.

The U.S. Women's Team had received $4 million after winning the 2019 World Cup, and each player of the team got the following amounts:

Additionally, as per Celebrity Net Worth, her husband Servando Carrasco has a net worth of $300 thousand. The couple owns a luxurious house in Winter Park, Florida.

As we mentioned earlier, Alex Morgan is happily married to Servando Carrasco. The couple walked down the aisle on December 31, 2014. The wedding was conducted at Rancho Dos Pueblos in Santa Barbar and more than 180 guests attended their big day. 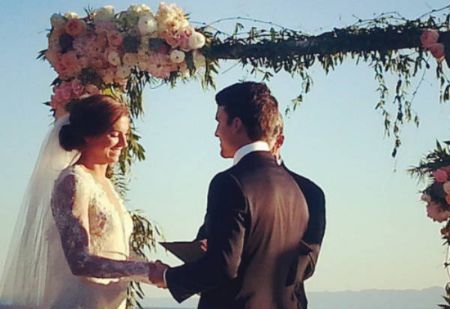 The couple welcomed their first child, a baby girl, on May 7, 2020, and they announced the birth of the little one via Instagram. 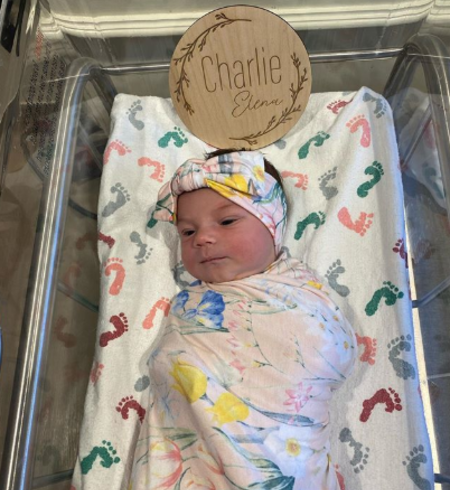