Al Roker's daughter Courtney Roker is all set to get married! Yes, she has now been engaged to her DJ boyfriend Wesley Laga amid the novel coronavirus outbreak.

As per the report, the DJ popped the question in a beautiful Paris-themed proposal in quarantine.

Alongside a collage photo of her daughter, in which she shows off her stunning ring and looking absolutely ecstatic, and soon-to-be son-in-law, he wrote,

I was waiting to get the ok, but now that it’s on her insta, we are so thrilled the @djweslaga asked @ouichefcourtney to marry him #shesaidyes. Could not be more thrilled for these two. 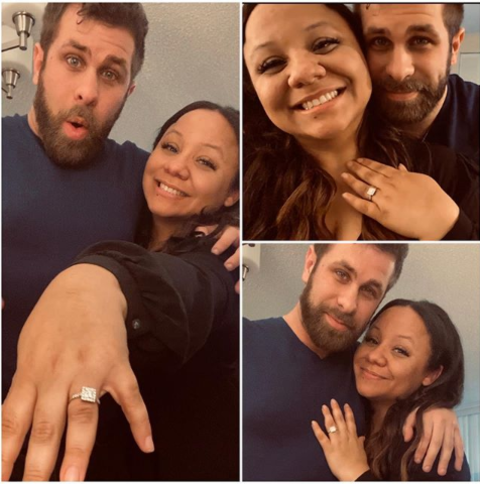 Courtney, who is a chef and recipe developer for the kitchen appliance company Chefman, was first to announce her engagement to Laga on Instagram with a series of photos from the romantic proposal.

Life sometimes takes you in a different direction for a reason. We should have been in Paris, but with how the world is at the moment, it was placed on hold. Instead, Wes brought Paris to me with the music, lights and live cam shot of the Eiffel Tower on our TV. I said yes to my best friend last night and I am over the moon! Thank you Wes for making me your partner in crime for life. I love you

We are eager to see Courtney and Wesley tying the knot!!!