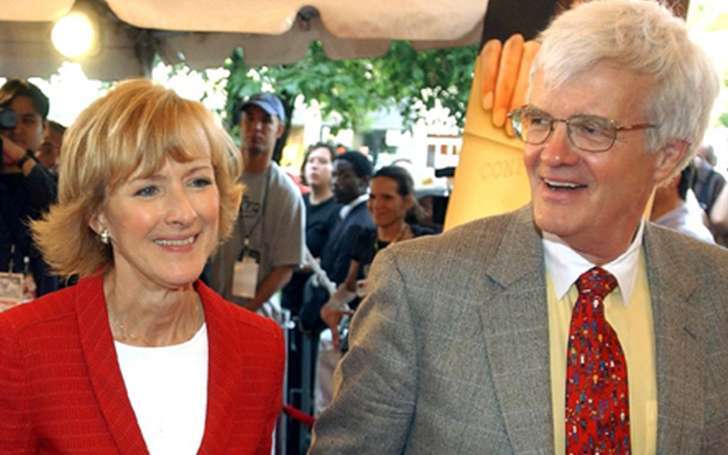 Judy Woodruff, the PBS News anchor, is a married woman. She married fellow journalist Al Hunt and the couple has been together ever since. We have a full report on her married life!

The news journalist Judy married her fellow journalist Al Hunt on April 5, 1980. The couple has been happily married ever since. They are one of the ideal couples in the journalism industry. Judy and Hunt began dating in the late 1970s when she moved to Capital to cover the former president Jimmy Carter in White House. And they got married after three years. Judy and Hunt have three young children; Jeffery, 35, Benjamin, 30 and Lauren, 28. The couple seems supportive each other and they have already celebrated 37 years together.

In May 2017, in an interview with the New York Times, she revealed about her difficult times in her career and personal life.

Judy and Hunt’s first son Jeffery was born in 1982. He was born with the mild case of spina bifida, a birth diseases in which spinal curve is not fully formed. Six years later they took him to surgery that left him disabled and brain damaged.

When it happened she reduced her workload to commute from CNN Washington to Kennedy Krieger Institute in Baltimore, where Jeffery required constant care.

It was a trauma strong enough to knock anyone out of her career, but on the advice of a doctor, she returned to work. She and her husband Hunt rearranged their schedules to care for their son.

Only after three weeks of returning to work, she got a call from Hunt that day Jeff was in speech therapy. She said,

Albert, I don't have time for this. I have two interviews "I said, `No, wait, listen please give the phone to Jeff’

Hunt gave him and Jeff spoke ‘Hi Mom’ the next sound was a shriek ‘I lost it’’, she said ‘I almost fell apart’. After four and half months later, at Thanksgiving, Jeff came home and he was able to eat and speak. Then he enrolled in  Kennedy Krieger school.

Albert Hunt, an American columnist/journalist, is the executive editor of the Bloomberg News Washington. He hosts the Sunday Morning talk show Political Capital on Bloomberg. He served as a weekly panelist on CNN’s Capital Gang and Evans, Novak, Hunt & Shields.

Listen! There's a voice of reason in the swamp. @SenAngusKing chats with @AlHuntDC https://t.co/0guvnyo0Oi via @bv

He has been serving in the American journalism industry since 1965. He began his career as a reporter for The Wall Street Journal. He spent working 35 years at The Wall Street and moved to Bloomberg in 2005.