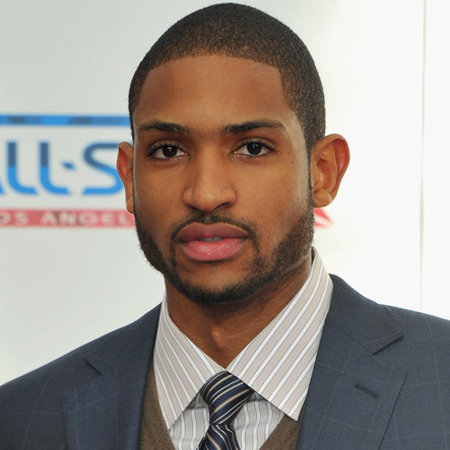 Al Horford is a professional basketball player. He was born on the 3rd of June, 1986 and is currently 29 years of age. He was born in Puerto Plata in the Dominican Republic as the eldest of two children to a journalist mother Arelis Reynoso and father Tito Horford, who was also a professional basketball player for his country as well as in the NBA. His father was one of the first Dominican to play in the NBA, and his legacy was followed by his son. He also has a younger brother named Jon Horford, who is also a basketball player.  Growing up with his family, Al saw his father’s passion for the game and it didn’t take him long to decide what he wanted to do with his life.

Born and raised in the Dominican Republic, he is a Dominican by nationality. He is a Christian by religion and belongs to black ethnicity. At the age of 14, he along with his family moved to Michigan, the United States where he studied at the Grand Ledge High School. As he turned out to be a phenomenal player for his age, he joined the school’s basketball team and kept a record of most points scored, which was 1239. He just continued to grow big and strong and at his senior year, he won the Class A Player of The Year, with an average of more than 20 points per game. He also became second at the Adidas Big Time National Tournament, with his team Michigan Mustangs.

Upon graduating from school, he was accepted by the University of Florida, on the basis of his prolific sports career. The promising young man joined the Florida Gators men's basketball team in 2004, coached by Bill Donovan. Playing in a more central role, his impact could be felt by the team as they immediately won the 2005 Southeastern Conference Tournament.

After a great college year, he chose to quit in his last year after he got an offer to play for the Atalanta Hawks. He joined the team in 2007, although there were others who approach him. He was selected in the 2007 NBA Draft and the coach of the team said that Al was something special. A tall man, he had speed and strength, along with his dribbling skills and pinpoint accuracy, which proved to be a virtue for the team. Out of the total of 82 games played in that season, he started in 77 of them and scored at an average of 10 points per game. He was recognized and awarded as the Rookie of the Month in the 2007/ 08 season. In the February of 2008, he trained at the NBA All-Star Rookie Challenge and stood second with 19 points, and returned to NBA and crashed the Miami Heat in the first round. However, they were knocked out in the next round by Cleveland Cavaliers.

Al Horford's Net Worth And Earnings

Al Horford has an estimated net worth of $60 million, as per celebrity net worth, in 2019. In the year 2016, he was paid nearly $26.54 million from Atlanta Hawks. The player currently plays for the Boston Celtics.

Al Horford got married on December 24, 2011, with former Miss Universe Amelia Vega, after two years of dating. On February 23, 2015, he and his wife welcomed their first child, a son named Evan Horford Vega. When Horford is off the court we can find him spending time with his family, listening to music, traveling the world and swimming in a nearby beach.

The couple also became the parents for the second time after they welcomed their daughter was born in November 2016.