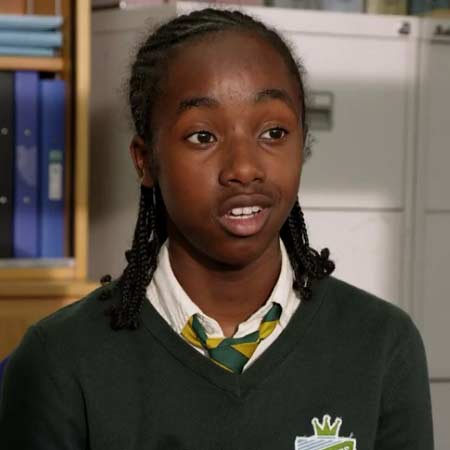 British teenage actor, rapper, and a singer, Akai Osei is known for winning the inaugural season of British dance competition, Got to Dance in 2010. Following the win, he also appeared in music videos and on Blue Peter. Osei has danced with members of Diversity in the movie StreetDance 3D and its sequel StreetDance 2.

Akai Osei was born on 12th April 1999 in Lambeth, London. He belongs to Afro-European ethnicity/race and holds British nationality.

Osei was born to Rico Mansfield and Jennifer Osei. He has a sister, Ashanti Osei-Mansfield. He is still in high school.

In 2013, Osei made his appearances in British lifestyle show, What's Cooking?. He then featured as stand presenter in the 8th and 9th season of BAFTA award-winning British children's entertainment television programme, Friday Download.

The following year, Osei was nominated for BAFTA award under Best Children's Performer in British comedy-drama and musical children's television series, 4 O'Clock Club. He also appeared as a regular cast of Nero Johnson in ‘4 O'Clock Files’.

Moreover, Osei also starred as Jaden in 2013 British film, All-Stars alongside Theo Stevenson and Ashley Jensen. Some of his other television as well as film credits are StreetDance 2, Horrible Histories: Gory Games (Series 4) and few others.

Akai Osei began dancing at the age of seven. To improve his dancing skills he enrolled in a dancing school and started performing hip-hop and street dance. During his early days, he was highly influenced by Michael Jackson.

In 2010, Osei won the first series of Got to Dance. He was also crowned Britain’s Best Dance Act and won a cash prize.

CAPTION: During Akai Osei's performances in Sky1’s Got To Dance SOURCE: What's on TV

Osei featured in a street dance hip-hop show, Pied Piper – A Hip-Hop Dance Revolution. He also appeared in music video of the British hip-hop group ‘N-Dubz’ titled ‘We Dance On,’ which released on May 20, 2010.

In 2010, Osei also appeared in the music video of the N-Dubz song "We Dance On", which was the main song on the soundtrack for the film StreetDance 3D. He also appeared in an advert for Ministry of Sound Street Dance 2010 CD.

Osei was a judge on a talent show on Disney Channel called "Shake It Up Dance Dance" in July 2011. The same year, he earned the ‘Young Achiever Award’ at the ‘BEFFTA Awards.’

Akai Osei is one of the rising stars who has an estimated net worth of six-figure as per some online sources, however, the amount is still under review. He collects a good amount from his appearances in movies as well as a television series.

In 2010, he won Sky1’s Got to Dance and also was crowned Britain’s Best Dance Act and grabbed whopping cash prize of £100,000.  After winning the show, he mentioned he wanted to give some part of his prize money to charity.

The average salary of a child actor is in between $1,000 and $1,200 for a day's work. Below are some of his few movies which made a good collection at the box office:

The 19-years-old, Akai Osei is yet to get involved in a serious relationship. Currently, he is focused on his career as a dancer and actor.

Below, we present an interview of Akai Osei