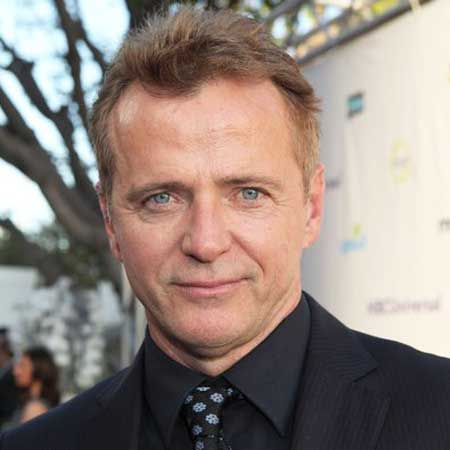 Aidan Quinn is an Irish-American actor, who made his debut in Reckless in 1984. He has starred in a number of feature films such as The Mission, Desperately Seeking Susan, Practical Magic, Song for a Raggy Boy and much more. Quinn received two Primetime Emmy Award nominations for his work in An Early Frost and Bury My Heart at Wounded Knee. He is currently playing as Captain Thomas "Tommy" Gregson in the CBS television series Elementary.

Aidan Quinn was born on 1959, March 8 in Rockford, Illinois, United States of American. He is of Irish-American nationality and ethnicity as well.

Quinn was born to Teresa Quinn and Michael Quinn. His parents immigrated to the U.S from Ireland before Quinn was born. However, he spent most of his childhood in Illinois and Ireland.

Quinn, who is an established actor and has four siblings, Marian Quinn, Robert Quinn, and Paul Quinn in the same field. Whereas one of his brother Declan Quinn is a cinematographer.

Aidan Quinn firstly started his career with a movie “Reckless” which was followed by a role in Desperately Seeking Susan as the character Dez. He also starred in a controversial television movie “An Early Frost.”

Through the film, he was able to receive his first Emmy Awards nomination which helped him obtain a wide recognition in Hollywood. In the film entitled “The Mission” he made a small appearance as a brother of Robert De Niro.

When Paramount Pictures dropped the sole distribution rights to a film “The Last Temptation of Christ” he lost the role of Jesus Christ. He appeared in many movies including “Benny & Joon” and “Practical Magic.”

Aidan played in the television drama titled “Two of Us.” In the year 2010, he played a cameo role of William Reinsert in the French film during the world war II. He also starred opposite Taylor Schilling in the drama film “Stay.”

currently,  he costars in the series “Elementary” aired on the CBS Television.

Aidan Quinn's Net Worth And Salary

Aidan Quinn has appeared in several movies to date. The actor has an estimated net worth of around $12 million, in 2019. In the year 2011, the actor was a cast in the movie Unknown which became the quite hit at the box office grossing over $136 million worldwide against its $30 million budget.

Aidan Quinn was raised in Chicago and Ireland. In the year 1987, he was married to Elizabeth Bracco, his co-star from a movie “Stakeout” who is also a sister of Lorraine Bracco.

Aidan and Bracco have two daughters together named Mia, was born in 1998 and Ava Eileen, was born in 1989. Mia played the role of the ghost in “The Eclipse ” and Ava appeared as the baby “David’’ in “Avalon.”

Recently, Quinn lives in New York with his family members. He loves sports and is a good supporter of Chicago Cubs, the Green Bay Packers. He is also a huge fan of Michael Jordan, Rory McIlroy, and Roger Federer. 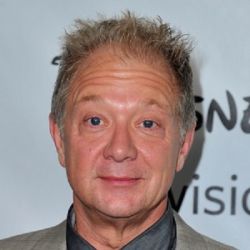