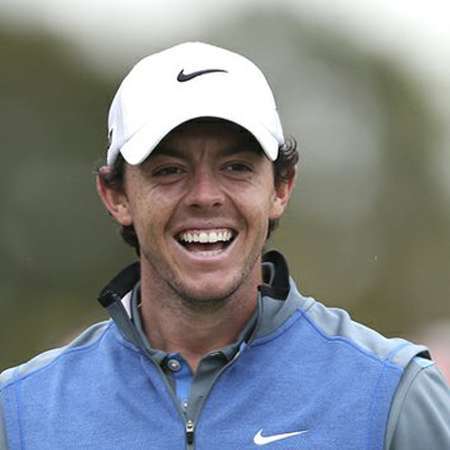 Rory Mcllroy is a Northern Irish professional golfer, well recognized for having a world number one in the Official World Golf Ranking for 95 weeks.

Mcllroy was born in Holywood, County Down, Northern Ireland, on 4th May 1989. The only child of Rosie and Gerry Mcllroy. He studied St. Patrick's Primary School and later joined Sullivan Upper School.

At his young age, his father introduced him to golf as well as coached him. Mcllroy was very much concerned about his career and golf that he used to ask his father to take him Holywood Golf course every day.

Later, Mcllroy joined Holywood Golf Club as he was the youngest member of the club.

McIlroy's career began at his young age of 15 when he was a member of Europe's Winning 2004 Junior Ryder Cup team as the event was held in Ohio. In the yea 2005, Mcllroy became the youngest-ever winner of both the West of Ireland Championship and Irish Championship.

In August 2006, Mcllroy was the winner of European Amateur at Biella Golf Club near Milan, Italy.

His professional career started since 18 September 2007, the day before Quinn Direct British Master. He signed with International Sports Management. Mcllroy finished up in 3rd place at the Alfred Dunhill Links Championship in October.

In 2008 Mcllroy started his 2008 European Tour season at the UBS Hong Kong, did not make the one-under cut. After finishing second in the UBS Hong Kong Open in November. He was invited to the 2009 Masters Tournament, as his first professional win came at his age of 19 years when he won Dubai Desert Cla s sic on 1 February 2009.

In 2013, Mcllroy began with high desires but did not fare well most of the times. Mcllroy, struggling with his equipment change having signed large endorsements deal with Nike In January.

On 20 July 2014, he won the 2014 Open Championship at Royal Liverpool by two strokes over Rickie Flower and Sergio Gracia to get the third major championship of his career, leading the field throughout the tournament. Mcllroy and the Tiger woods are the only golfers to win both The Silver Medal and The Golden Medal at The Open Championship.

Mcllroy dated Professional tennis player  Caroline Wozniacki from 2011 to 2014. After dating for several years, the couple got engaged on 31 December 2013. But, later Mcllroy announce that their engagement had ended. As he blames himself for an end of their engagement.

He claims "The Wedding invitations issued at the weekend made me realize that I wasn't ready for all that marriage entails. I wish Caroline all the happiness she deserves and thanks her for the great times we had". However, Wozniacki later disclosed that Rory Mcllroy had ended the relationship through a brief phone call, since then they are not in touch.

Later in 2015, Mcllroy was seen dating former PGA of America employee named Erica Stoll. After few months of dating, the couple got engaged in December 2015 and were spending their vacation in Paris.

The couple got married on April 2017.

Besides his love life, Mcllroy is also a huge fan of Manchester United.

Rory Mcllroy earns a very large amount of money through his golf career. His estimated net worth is $ 48.5 million, as he has a successful career.