How Rich Is American Chef Buddy Valastro? His Net Worth, Career And Earning 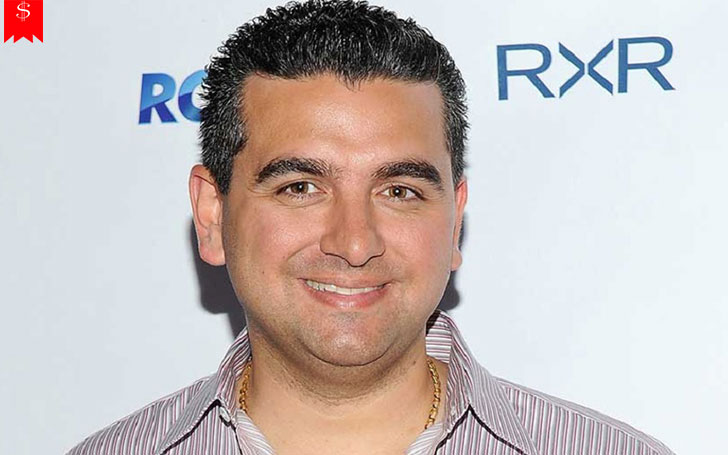 Being the owner of Carlo’s Bakery and the face of Buddy V’s Ristorante, Valastro has been able to manage a lavish lifestyle with high figure net worth and huge earnings from a professional career. Get to know his net worth and earnings right below:

Buddy Valastro’s Net Worth And Earnings In 2019

Buddy Valastro started working at his family’s business, Carlo’s Bakery just at the age of eleven alongside his father Buddy Valastro Sr. He was seventeen years old when his father died, and he succeeded him as the new Cake Boss.

He is the owner and the head baker of Carlo’s Bakery which even featured on Cake Boss. The bakery has opened more bakeries shops due to the popularity of the show. The Hudson Reporter named him as an honorable mention in the list of Hudson County’s 50 most influential people.

While talking about Buddy Valastro’s net worth in 2019, his total worth as per The Richest is $8 million whereas tabloids like Celebrity Net Worth claims $10 million. To be exact, his net worth lies in between $8 million to $10 million.

He earns a high figure of money appearing in reality television series. Likewise, his baking career and baking shops are the primary sources of income. Also, he earns a hefty amount of money from endorsements, advertisements, promotions, public appearances, and so on.

According to The Richest Magazine, Valastro owns a beautiful mansion in New Jersey that costs around $1.3 million until 2011.

Valastro was only eleven years old when he started working at his family’s business, Carlo’s Bakery alongside his father. After the death of his father, he had to take over the business and succeeded as the new “Cake Boss.”

He also the owner and head baker of Carlo’s Bakery which has since opened seventeen more bakeries due to the popularity of the show.

Besides this, Valastro has also launched an event planning and catering company named Buddy V’s Events in June 2014. He also partnered with Whole Earth Sweetener Co. in 2016 and partnered with The Pound Bakery in 2018.

Valastro became a television personality in 2007 appearing as a guest mentor on Food Network Challenge. He has since then appeared in television shows as a host and judge in Cake Boss, Kitchen Boss, The Apprentice, Next Great Baker, Buddy vs. Duff, Dancing with the Stars Brazil, Impractical Jokes, Bake You Rich, and more.

Valastro has also produced a couple of episodes in Next Great Baker, Cake Boss, Bakers vs. Fakers, Batalha dos Confeiteiros, Kitchen Boss, and others.