Afshin Shahidi is a famous Iranian cinematographer who won the hearts of millions with the photographs of late superstar Prince. Shahidi’s books elaborating Prince’s lifestyle has become one of the best-selling books. He is also known for being the father of actress Yara Shahidi and actor Sayeed Shahidi.

Afshin Shahidi was born in 1969 and is a native of Iran. He celebrates his birthday on 7th September every year. As of 2019, he is 50 years old. He was eight years old when his family moved to the United States.

Shahidi is of Iranian-American nationality and belongs to the Iranian Azerbaijanis ethnicity. Besides this, he has not disclosed anything about his educational background, parents, family life, and more.

Shahidi is a famous Iranian-Ameican photographer and filmmaker who has worked worldwide on a depth. He has worked in a variety of projects ranging from movies and documentaries to music videos and commercials. 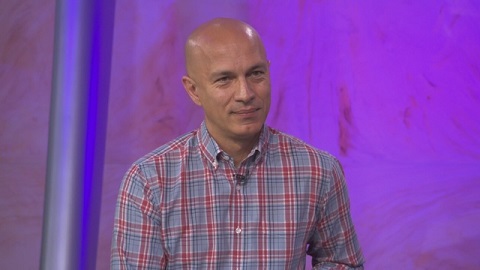 During his early career days, Shahidi worked as a camera assistant on late singer Prince’s music video sets in Minnesota. Besides Prince, he photographed a wide range of celebrities including Trevor Noah, Melody Ehsani, and Nas who have all been featured on his Instagram.

Afshin Shahidi’s Net Worth And Salary

Shahidi has worked in diverse projects including advertisements, movies, music videos, and campaigns. Likewise, he previously worked as a photographer of Prince which might have helped him to grab a high figure of net worth.

As of 2019, Afshin Shahidi’s net worth is reported to be around $1 million, which is equal to that of his daughter. On the other hand, his son, Sayeed’s net worth is approximately $850 thousand.

According to Hollywood reporter, the cinematographer can make $10,000 to $20,000 a week. Therefore, Afshin also earns on the same range.

Talking about Afshin Shahidi’ personal life and current relationship status, he is a married man. He is happily married to wife Keri Shahidi, but the details regarding the wedding are still not disclosed.

Though the pair have not disclosed their wedding date, sources claim that they might have been married for over two decades. The duo has three children together; actress Yara Shahidi, actor Sayeed Shahidi, and Ehsan Shahidi. 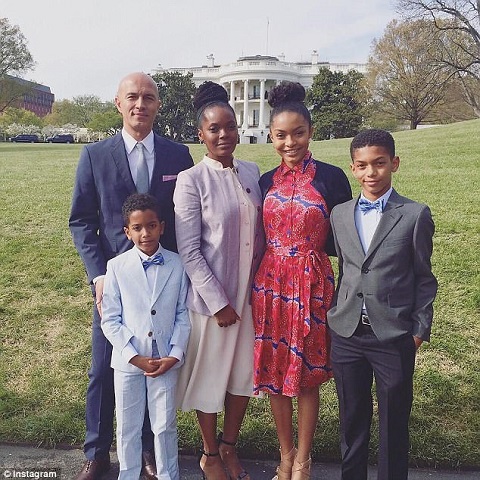 The pair welcomed their first child, Yara on 10th February 2000 and their second son was born on Valentine’s Day 2003. However, the birth detail of their third child is not disclosed.

Afshin and his wife have been actively supporting their children’s acting career. They supervised their daughter on the set of ABC’s Black-ish. They even motivated her for a college career at Havard University.

Their son Sayeed started his acting career at the age of seven and appeared in numerous movies and series like The First Family, Uncle Buck, and Black-ish.

With such a talented family, Afshin and his spouse Keri have been enjoying a delightful married life with no divorce rumors. The American cinematographer has also a good fan following on his Instagram with over 62.1k followers, as of 2019.